Subscribe
A dubious, but not surprising, reversal from liberal DOE

A dubious, but not surprising, reversal from liberal DOE

The U.S. Dept of Education is insisting transgender students are protected under Title IX, a claim that critics are calling dangerous and dubious, but not entirely unexpected, from the far-left Biden administration.

The federal agency has announced it will reverse a Trump administration policy in which the federal government, citing Title IX, sided with biological girls who are demanding to compete in female-only sports. That decision, however, meant that transgender girls --- biological boys --- were on the losing end of that legal fight until the DOE's announcement.

Biden, a vocal ally of homosexual activists, has already paid them back when he signed an executive order on the first day of his presidency that banned discrimination on the basis of gender identify and sexual orientation. 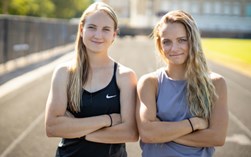 The newly-announced policy reversal means schools could lose federal funds if they refuse to abide by the pro-transgender interpretation, even though Title IX was passed in the 1970s to ensure women's college sports teams were funded fairly.

Speaking about the DOE announcement on his "Washington Watch" radio program, Tony Perkins of the Family Research Council said the Biden administration is coming at education from every angle.

"We have the states, Republican states, taking strong stands, pushing back against the federal government,” he told his audience, “but the threat is so great on the educational front.”

On the same radio show, U.S. Sen. Marsha Blackburn (R-TN) said parents of girls should also be concerned if Democrats get The Equality Act on Biden’s desk for his signature.

“If someone deems themself female, but they're male,” she says, “then those girls would be competing against those biological males for college scholarships."

The senator went on says Democrats know they’re in trouble with voters and are getting anxious.

"2022 is coming quickly,” she said, “and Democrats know they're going to run out of runway before they get to that election date. So it means that we have to be diligent and fight back on this every single day."

A failing grade for educators who endorse BDS movement

A conservative, pro-Israel activist is concerned by the growing anti-Semitism in the U.S. among teachers' unions.