A tale of two futures unfolds in Virginia school districts

A civil war is unfolding in two Virginia public school districts over instructing students that they are either oppressed or the oppressors, and the far-left side is demanding students must be taught that and more, because "equity" and "inclusion" demand it, and the state requires it.

Social media has blown up with video footage from Loudoun County, Virginia, where parents and teachers are using one-minute public speaking time to shame the school board for mandating Critical Race Theory lessons to students. The premise of CRT is that all white people are inherently and subconsciously racist, and oppress minorities because of that racism, which means white students are being taught they oppress fellow classmates who are being told by a teacher they cannot succeed in life because white classmates will hold them back.

"Students, you are on the front lines of these indoctrination camps,” Lilit Vansetsyan, a Fairfax County teacher, said during her one-minute speech. “Challenge the staff when you are presented with a ludicrous statement, and do not allow anybody to tell you that you cannot accomplish anything because of your skin color, or to hate yourself because of your skin color.” 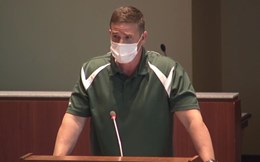 The community there is also speaking up about the school district's “preferred” pronoun policy, known as AD35, which led to the firing of P.E. teacher Tanner Cross (pictured at left) after he objected to it and refused to comply.

"I love all of my students, but I will never lie to them regardless of the consequences," Cross told the school board.

Even though a grassroots coalition has formed in Loudoun County, parents in Albemarle County, Virginia have chosen the other side: They are demanding that students sit through pro-LGBT and Critical Race Theory lessons without the option of a parent pulling them out of the classroom.

The letter to the Albemarle County School Board, being circulated as a petition, suggests it is the “moral imperative and the duty of Albemarle County Public Schools to uphold their commitment to equity and inclusion in all ACPS schools through the development of culturally responsive educators, the implementation of an anti-racism curriculum such as Henley’s Courageous Conversations, and through the adoption and enforcement of the Policy on the Treatment of Transgender and Gender Expansive Students in Schools.”

The letter was first reported by Breitbart.com, which learned the anti-racist “Courageous Conversations” curriculum instructs students to “deconstruct” their racial and sexual identities by understanding “anti-racism” is their “personal responsibility.” 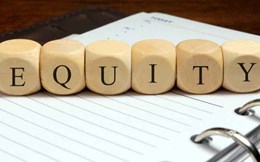 According to the letter, allowing parents to pull their children from classes violates the 2020 Virginia Values Act, “which prevents discrimination against LGBTQIA+ individuals.”

The petition had collected more than 350 signatures, including at least 47 from school teachers and staff members, Breitbart reported in the investigative story that was published last week, June 3. The number of signatures has presumably climbed since then.

In the same story, Breitbart points out a far-left Charlottesville activist, Sarah Harris, is urging others on social media to sign the petition because “the supporters outnumber the haters.”

In a second Twitter post, Harris claims the community wants “inclusive classrooms where we are constantly striving for anti-racism and FULL LGBTQ-inclusion.”

Regarding the petition's demands, Kilgannon says there should be no winners or losers because "people of good will" should accept differences of opinion.

Back in Loudoun County, school board members heard this week from Xi Van Fleet, the mother of a Loudoun High graduate and a Chinese native. She said the school district’s “Student Equity Ambassador” program, which permits students to report fellow students for “bias” violations, reminded her of the Cultural Revolution she experienced in her homeland.

Van Fleet, who escaped China at age 26, later told Fox News she was six years old when the Red Guard began raiding homes and businesses, and when Mao-worshipping students began turning on their teachers and turning in their parents for being disloyal.

Mirroring that warning, according to The Daily Wire, Loudoun County's students and school teachers are being watched by the Minority Student Achievement Advisory Committee. A social media post by the group states "there is strength in numbers and we believe wholeheartedly, that united, we can and will silence the opposition."

Daily Wire broke the news weeks ago that a group of far-left parents and teachers in Loudoun County created a private Facebook page where they discussed identifying and punishing neighbors who were speaking out against the CRT lessons.

“This is indeed the American version of the Chinese Cultural Revolution," Van Fleet told the school board and audience in Loudoun County. "The critical race theory has its roots in cultural Marxism. It should have no place in our school."

As more than half of the nation's colleges and universities say they have done away with student admission tests because they give an advantage to white and wealthier students, one researcher doesn't expect the trend to taper off anytime soon.