Stanford needs new name for 'caught' after 'Initiative' got noticed

The historic campus of Stanford University was purging its university website of words such as “American” and “prisoner” and “grandfathered” until its plans went public. A critic of the effort says the goal is to eliminate any trace of normalcy.

California-based Stanford, home to 17,200 students, is famous for accomplished alumni who have won Nobel prizes and started mega-corporations. In a culture of wokeness, however, the university published a list of “harmful language” that was being dropped from the school’s website and was being replaced with more appropriate words.

The word-exchanging effort, called the Elimination of Harmful Language Initiative, was launched by Stanford’s information technology department back in May of this year, according to a Fox News story that published Dec. 20. 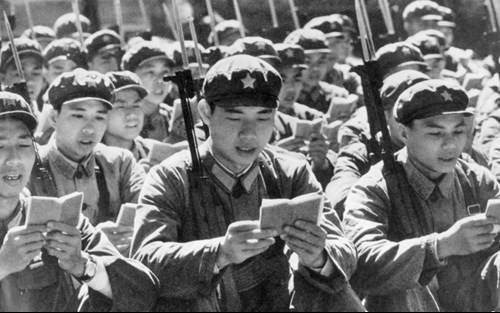 There are 10 "harmful language" sections that cover everything from "colonialism" to "ageism," the story said. "U.S. citizen" should replace "American," for example, and "accessible parking" should replace "handicap parking."

On the same day of that Fox story, Stanford’s chief information officer published a brief statement online that attempted to distance the university from its own IT department and from an initiative that dates back seven months:

First and importantly, the website does not represent university policy. It also does not represent mandates or requirements. The website was created by, and intended for discussion within, the IT community at Stanford. It provides “suggested alternatives” for various terms, and reasons why those terms could be problematic in certain uses. Its aspiration, and the reason for its development, is to support an inclusive community.

In a Dec. 21 story, The Washington Free Beacon reported Sanford hid its Initiative behind a login page after news spread about the word changes.

In other words, it appears the communists got caught and started hiding their work.

Craig DeLuz, a California-based activist with Project 21, tells AFN nobody should be surprised to learn Leftists got caught attempting to undermine family, history, and language.

“And part of the way they do that,” he says, “is attempting to redefine and reclassify words and phrases that have been a part of the American lexicon forever."

A Christian author says parents need to "go on the offensive" against the LGBT movement as it continues its efforts to destroy the family.