Millions of California gun owners and permit applicants witnessed their private information get leaked to the public just days after a major court ruling rolled back a state firearms law, and a law enforcement advocate says that act was either incompetency or corruption.

An investigative report released this week by the California Department of Justice confirmed 192,000 California residents were outed when a security lapse allowed their names and addresses to be downloaded. In all, 507 IP addresses downloaded the information 2,734 times over a 12-hour period in late June, The Associated Press reported.

Even if you believe the claims of California authorities, who say the data breach was an oversight and an honest-to-goodness mistake, the AP story admits all of those Californians had applied for a permit to carry a concealed firearm. 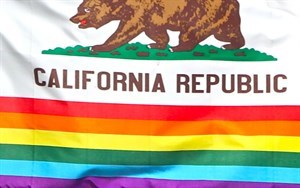 “If they do this by mistake, then their incompetence is incredibly all encompassing,” Randy Sutton, a former police officer who leads The Wounded Blue, tells AFN. “If they did it on purpose, then this was a very evil intent.”

According to news outlets, the private information was leaked and gobbled up by unknown sources around June 29. The previous week, on June 23, a landmark U.S. Supreme Court ruling obliterated a New York state law that made it a crime to carry a firearm outside the home without possessing an impossible-to-obtain permit. Under the state law, New Yorkers had to prove their safety is in imminent danger.

Back in the AP story, the liberal wire service acknowledges the breach in California occurred just days after that ruling and admits the ruling affects the State of California, too:

The decision invalidated a California law that said people must give a reason for wanting to carry a concealed weapon, such as a threat to their safety.

So that is why Sutton suspects the gun-hating blue state of California was angered by the New York ruling and willingly put the safety of millions at risk because they are gun owners or potential permit holders. It is really sad, he adds, because those are very law-abiding citizens in a state overrun with crime.

Pro-life Philippines won't be pushed around

A spokesman for one of the world's largest pro-life organizations is glad to see that at least one government is standing up to United Nations' immoral demands.