Subscribe
A 'terrifying' nightmare that is very real: Babies going hungry in U.S.

A 'terrifying' nightmare that is very real: Babies going hungry in U.S.

A mother and writer says something is terribly wrong when millions of new mothers are experiencing a real-life nightmare because they are struggling to find baby formula for their babies in the world’s richest nation.

Along with inflation-smacked groceries and sky-high gasoline , major retailers are rationing baby formula due to shortages being blamed on inflation, supply chain shortages, and several product recalls that affected distribution.

On the store shelves, baby formula shortages were at 23% in January and jumped to 31% in April, according to a Today.com article that cited a retail analysis company.

Pharmacy chains CVS and Walgreens are limiting customers to three products per purchase, for example, and Target and Kroger stores are doing the same, Business Insider reported in a mid-April story. Walmart, the nation’s biggest retailer, already enforced a purchase limit on baby formula before the shortages began showing up, the news story said.

But retail statistics and a list of reasons for the shortages don’t matter to a mother who has a hungry infant, says political and cultural writer Bethany Mandel, herself a mother of five.

"Folks are running out,” Mandel tells AFN, “and I can't think of anything more terrifying.”

For new mothers, she explains, babies under a year old must have baby formula or breast milk, and there is no substitute or Plan B. And hence this shortage is a nightmare come true.

“Only 35% of babies at six months old are exclusively breast fed, and it goes down to 15% at one year old,” she says. “So the vast majority of American infants are fed with formula."

In a column she wrote for Deseret News, Mandel told the story of a friend and mother in Brooklyn whose baby requires a special baby formula for an airway complication. That particular formula is almost impossible to find. A second mother, in California, told Mandel she feeds formula to an 8-month-old and finding it on the store shelf has been “spotty” because Amazon is delayed and Costco is out of stock. 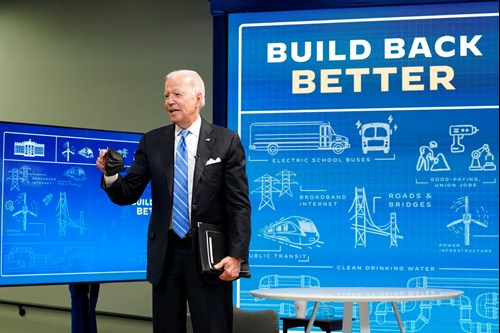 Farther down in the column, Mandel says the issue is not only about finding baby formula but about a modern-day society that considers families, and even children, an “afterthought” and an inconvenience to their busy lives.

Mandel tells AFN the blame also falls on the Biden administration, which is currently overseeing an economic crisis, and the outspoken writer also says the national media has yet to link hungry babies to the White House.

“The media should just have their foot on the throat of this administration,” Mandel says, “making sure that there is no American mother who goes into a store and doesn't find exactly what she needs to feed her baby safely and affordably, and that's not what's happening now."

A law enforcement advocate says he is grateful the FBI director is pointing out the fatal price a record number of police officers are paying in the line of duty but also points out it is police-hating Democrats who allowed it to happen.