Subscribe
Barna: Survey of 'Christian' parents should shame the Church

Barna: Survey of 'Christian' parents should shame the Church

According to the latest study from the Cultural Research Center, a whopping 67% of adults with pre-teen children said they are Christians. Once that term is defined, however, only 1 in 50 hold an orthodox belief about God, the Bible, and truth.

Veteran pollster George Barna, director of research at the Center, told American Family Radio a person’s deeply personal beliefs begin developing when they are still in diapers. It is almost completely formed around age 13.

“So that 12-year span or so in there is incredibly important,” he told the “AFA at the Core” program. “That will shape the rest of your life.”

And that is what makes the role of a Bible-believing, church-attending parent so important, which is why the famous pollster is increasingly dismayed to learn a majority of those parents are failing their own children. Among the Christian parents surveyed, only a slim majority of them, 56%, agreed that they will be in God’s presence in Heaven because they trusted in Jesus Christ. One out of four admitted they go through an entire week without worshipping God, which is surely being seen by their own kids.

In a related article about the parent survey, The Christian Post notes that only a few percentage points separate the views of self-identified Christians from parents who are not. In one question, 24% of parents said they view the Bible as their “primary source of moral guidance.” Among those Christian parents surveyed, only 33% agreed with that statement. 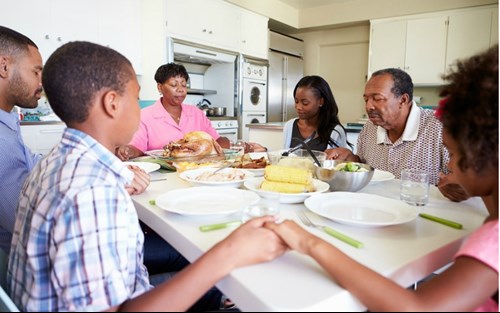 In a similar question, 29% of parents agreed with the statement that God is the “basis of truth” as revealed in the Bible. Among the self-identified Christian parents, 38% agreed with that fundamental, core belief.

“Millions of parents are clearly confused about who they are and what they believe,” Barna said in a statement. “In their efforts to shape their children, they can only give what they have. Many children are not interested in receiving a scrambled philosophy of life.”

According to God’s plan for the family, Barna says, it is the parents’ responsibility to shape the faith of their children as they approach adulthood. The survey’s troublesome percentages, he says, suggest parents are failing in that role because they cannot pass on what they have yet to grasp themselves.

“If ever there was a time when our nation was desperate for a grassroots spiritual revival,” Barna concludes, “led by the remnant in the pews who still revere God, Jesus Christ, the Bible, and truth—now is that time.”

A group of Ohio pastors is planning a two-pronged approach to lead their communities in the fight against drugs.