Elon Musk is making news for crashing the left-wing censors at Twitter, a surprise move that comes after his pursuit of space exploration and electric automobiles, but the brilliant and oddball billionaire is also known for his plea for the planet to add more people.

“There are not enough people. I cannot emphasize this enough,” Musk said last year in a roundtable interview with The Babylon Bee. “I think one of the biggest risks to civilization is the low birth rate and the rapidly declining birth rate.” 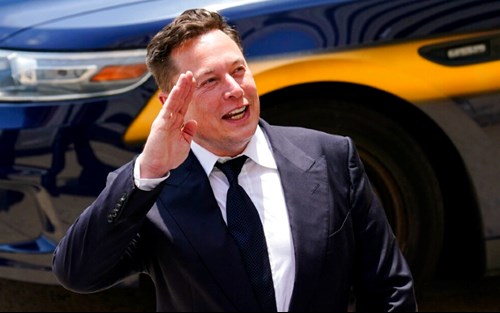 Musk, who is the father of eight children, went on to predict “civilization will crumble” if we fail to have more children to replace us.

The accepted population replacement rate is 2.1 children per women, meaning the fertility rate to maintain a society's population size.

Most of the world's "economically developed" countries are failing to hit that mark. The fertility rate for the United States is 1.7 children, according to the website World Population Review.

Musk’s dire warning is seconded Steve Mosher, who leads the Population Research Institute. It is true the world's birth rate has been declining for decades, which is a serious problem, Mosher says, and that warning runs counter to the radical environmentalists who warn the Earth is running out of resources to sustain us.

“The planet was created to be a cornucopia of resources by our Creator that would be unlocked over time as our needs and numbers grew,” Mosher insists. “And that's exactly what happened.”

Mosher's fight against population control dates back to the 1970s, when he visited China as a social scientist. While there he witnessed the communist regime enforce the "one-child policy" through forced abortions.

Belatedly realizing what it had done, China's communist party adopted a two-child policy in 2016 due to a rapidly aging population and then, in 2021, bumped it to three children.

According to World Population Review, China and its population of 1.4 billion entered 2022 with a fertility rate of 1.7 children. The nation's labor force, in the world's second-largest economy, is expected to shrink by 5% in the next 10 years.

It's NYC's mayor vs. Florida's guv … and the winner is?

A pro-family activist and columnist predicts a new billboard campaign in Florida isn't very likely to convince many people to leave the sunshine and move back to the Big Apple.