After it noticed an online announcement for "Pride Storytime" at Reading Public Library, the group MassResistance confronted the library over criminal background checks. A similar "drag queen" event was held at the library last year.

A public library has postponed its controversial “drag queen” reading event, and is reportedly blaming COVID for the decision, but a grassroots group says the event got cancelled over a lack of background checks on the lewd homosexual performers who were coming to read to children.

“Pride Storytime” was scheduled for Saturday, January 22 at Reading Public Library, in Reading, Massachusetts, but MassResistance says the event got cancelled because the group pushed back.

The library hosted a similar lewd event last fall, which MassResistance fought but went on as planned.

According to MassResistance leader Arthur Schaper, after learning about a new event, he talked on the phone with library official Amy Lannon and urged her to cancel. He also confronted her about a lack of a criminal background checks for the homosexual group “Drag Kings, Queens, and Friends” that was coming in two weeks to read to children. 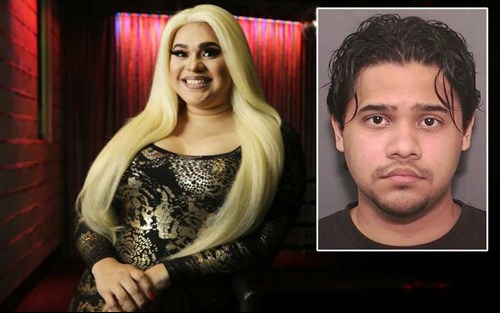 According to Schaper’s account of that exchange, he insisted state law requires Reading Public Library to perform a “CORI check” on the male drag performers before they can appear with children at the public library. The library director, however, insisted the performers are not required to do so because they don’t work for the library system.

The issue of background checks is not some right-wing conspiracy. AFN reported in 2019 that two homosexual drag queens, both convicted felons and registered sex offenders, participated in a 2018 public library event in Houston, Texas. The appearance of Albert Alfonso Garza (pictured above) and William Travis Dees was only brought to light thanks to the Houston chapter of MassResistance. That group campaigned unsuccessfully against the “story hour” and, after it was held, submitted a public records request to the City of Houston. After the city government refused to cooperate, the group did its own digging and found their criminal records six months after the "story hour" had taken place.

In a statement, the Houston Public Library said it failed to perform a background check, which was required by its own guidelines, and regretted the “oversight” that allowed them to participate.

Although the issue died down during the worst of COVID, groups such as MassResistance that fight "drag queen story hour" have learned to go online as part of their fight. After learning the identity of the storybook readers, who often go by suggestive stage names, the activists repeatedly uncover provocative and lewd social media posts that prove innocent children are being exposed to deviant men with sick sexual fetishes.

Those warnings have gone ignored, however, in the name of "tolerance" and "diversity."

According to Schaper, a story about his phone call with Reading’s library director was posted on the MassResistance website at 11 a.m. A half-day later, he says, the event got cancelled and hence his group is claiming victory.

“The lame excuse that the children's library director gave me was COVID,” he says. “Now here's the thing: The situation with COVID in the Boston area has not changed dramatically in the last two weeks. If there were fears about COVID, or COVID spread, they would have done this sooner.”

AFN reviewed the “Library Events Calendar” at Reading Public Library, which can be viewed here, and which shows numerous other library and community events scheduled. The date of Jan. 22, however, shows no “Pride Storytime” in the children’s room but the conference room has been booked by a neighborhood condominium group.

MassResistance says it has learned the “Pride Storytime” has been rescheduled for February, and it remains up in the air if Reading Public Library will agree with Schaper that criminal background checks are required.

A request for Californians, Gov. Newsom

As the Golden State gears up to legalize prostitution, an organization that exists "because people should be free to live and love without sexual abuse and exploitation" is hoping the people will put a stop to it.