Back-to-back public surveys reveal more and more people are ignorant about the horrors of the Jewish Holocaust as time goes on, and the leader of a Messianic ministry says such ignorance is especially troubling given the perilous parallels of today.

According to a recent survey in the United Kingdom, 52% of respondents did not know an estimated six million Jews were murdered by the Nazis during the 1930s and 1940s. Instead, the survey showed 22% put that figure at two million.

According to the United States Holocaust Memorial Museum, historians estimate 2.5 million Jews were killed in just the Nazi-run killing centers, and another two million died in mass shootings across Europe and 800,000 perished in the ghettos.

For the survey, New York-based Conference on Jewish Material Claims Against Germany interviewed 2,000 adults in Great Britain in September and October.

The survey was released to coincide with the Nov. 9-10 anniversary of Kristallnacht, or "Night of Broken Glass” in Germany and Austria. During two days and nights, Nazi paramilitary thugs burned synagogues to the ground and smashed the storefronts (pictured at top) of Jewish-owned businesses, hence the name. 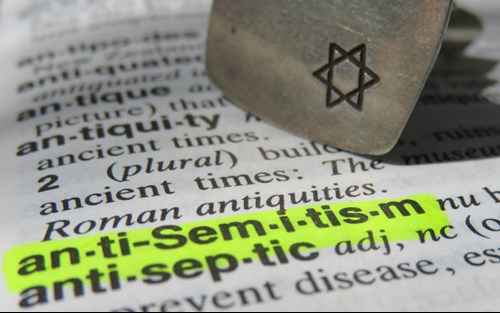 Austria-born Ruth Zimbler, now 93, told the “Today Show” this week that Nazis burned down the synagogue her family attended and stripped their apartment of everything except some furniture and candle sticks used for Shabbat.

The Claims Conference has conducted similar surveys in other countries, including in the U.S. where 51% of American respondents did not know six million Jews were killed in the Holocaust.

“Here's what the researchers have found: The further we get away from the Holocaust, every year we get further away from it, there's more indifference,” she warns. “There's more ignorance.”

On her own AFR show “Understanding the Times,” Markell said she played an audio clip in which high school students failed to name the countries involved in World War II. They did not know anything about Auschwitz, the infamous extermination camps, that were spread across Poland.

In a reference to the COVID-19 pandemic, Markell said the history of isolating and punishing a group of people should not be shrugged off and forgotten as time goes by.

"Because we've got some things going on," she insisted. "Start with government overreach that we're watching right now that are a little bit shades of what happened in Nazi Germany. So we need to be aware of history because we often repeat it."

That warning mirrors the “doomed to repeat it” phrase that is attributed to George Santayana, a writer and philosopher.  “Those who cannot remember the past,” he wrote, “are condemned to repeat it.”

Austria, meanwhile, is making news headlines right now for announcing unvaccinated citizens must remain at home in a country where 65% are vaccinated in a population of 8.9 million.

"I don’t see why two-thirds should lose their freedom because one-third is dithering," Alexander Schallenberg, the country's chancellor, told the media this week.

"We've been patient,” President Joe Biden similarly told unvaccinated Americans in September, “but our patience is wearing thin and your refusal has cost all of us.”

Back in the "Today Show" story, the article about Kristallnacht quotes an author and clinical social worker, Rony Alfandary. He says education and understanding is the key to overcoming hate and fear.

"Whenever we feel threatened by somebody who's different, we need to be able to recognize it," he said, "the way that fear motivates us, and transform that fear into an acceptance of the other, rather than rejection."

Frustrated and desperate, MSNBC defines 'terrorist' as half the country

Democrats and their far-left allies in the media have been madly milking the Jan. 6 riots at the U.S. Capitol, and lately they seem quite nervous and desperate to link that to all conservatives everywhere as President Biden's approval ratings tank and Donald Trump is no longer in the headlines.