A library board member in Arkansas appears to be outnumbered in a culture-war fight over library shelves filled with explicit and controversial LGBT-themed books, but he insists the battle he is losing so far is worth the accusations and name-calling.

In Craighead County, Mark Nichols serves on a library board that oversees the public library system that serves Jonesboro, Harrisburg, and other small communities. After the Jonesboro branched recognized so-called “Pride Month” during the summer, and dozens of homosexual-friendly books went on the shelves, Nichols began speaking out publicly to oppose the ideology.

According to The Sun, a Jonesboro newspaper, Nichols urged fellow library board members to scrutinize what books are allowed but his two back-to-back proposals for doing so were narrowly defeated at an August meeting.

The newspaper story suggests Nichols is not entirely alone in his fight. It appears state lawmaker Dan Sullivan got involved after concerned constituents complained about the LGBT display, and a sixth grader teacher attended the library board meeting where she warned about indoctrinating young children who are still in developmental stages.

“I am speaking about protections for innocent children while at the library,” the teacher, identified as Sharon Stallings, told the library board.

The Sun reported a self-identified homosexual defended the LGBT display by insisting “humanity” has expanded the definition of what is “acceptable” throughout history.

“It’s wasn’t until the 1950s Italians were considered white people,” the man said. “It’s a similar situation with the LGBT.”

The library board also heard from the library director, David Eckert. He told the board that only three homosexual-themed books placed on the shelves deserved to be called controversial, an admission that appears to have been ignored by the board. Eckert also convinced the board that approving every book acquired by the library would be too cumbersome.

“We are not trying to push anything on anybody,” Eckert, who approved and oversaw the Gay Pride display, claimed.

An online search for "pride" on the library website finds numerous LGBT-themed books, including several geared toward innocent children.

Craighead hears ‘message of the cross’

The controversy in Craighead County did not die after Nichols was voted down, however. He returned to an October board meeting with an armful of In His Image DVDs and passed them out --- or attempted to do so --- to fellow board members and even to audience members who opposed him at the meeting. 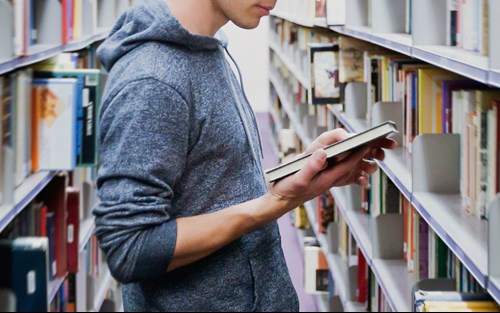 “In His Image” is an award-winning documentary, produced by American Family Studios, which features former homosexual and transgender people. Their message to the Church is to reach out to hurting and struggling LGBT people with the life-changing truth of the gospel.

Nichols tells American Family News he knew bringing the DVD to the public meeting would be controversial, especially after the backlash he has already received, but he showed up anyway with about 70 copies of the DVD.

“I do not have a lot of hope for the board changing direction,” he says, “but I guess getting the message of the cross out through the movie In His Image, and getting advertisement for that, is a huge thing that I would like to see.”

At that same school board meeting, Nichols made three motions to move three controversial books from the children’s section to the adult section. All three motions died without a second.