Early voting has begun in Minneapolis on a referendum question that would replace the Minneapolis Police Department with a “Department of Public Safety,” an idea a law enforcement apologist says could be coming to a city near you courtesy of police-hating far-left activists.

Minneapolis became ground zero for the “Defund the Police” movement after the May 2020 death of George Floyd. His death at the hands of an MPD officer set off riots across the city, resulting in 25 deaths, thousands of arrests, and billions of dollars in damage.

Now comes an effort by the far-left group Yes 4 Minneapolis to drop language in from a 1961 City Charter that mandates a police department and which bases its number of police officers on a per-capita basis for the city of approximately 420,000.

Randy Sutton, a former police officer who leads The Wounded Blue, insists the ballot question does not really tell the public what would replace the MPD if a Dept. of Public Safety takes its place.

“The language that was used in the ballot question,” he says, “doesn't answer any questions about what they're going to replace it with.”

That is not to suggest the ballot question does not address police officers. The ballot states:

Shall the Minneapolis City Charter be amended to strike and replace the Police Department with a Department of Public Safety which could include licensed peace officers (police officers) if necessary, with administrative authority to be consistent with other city departments to fulfill its responsibilities for public safety?

The word “could” and two words “if necessary” are likely to get a lot of attention from voters, as they should, since that clearly suggests a future Dept. of Public Safety will possibly, perhaps, include armed police officers who respond to a crime in progress.

Regarding the “if necessary” phrase, Yes 4 Minneapolis states online:

Minneapolis residents will be voting on the referendum until a Nov. 2 municipal election thanks to a last-minute Minnesota Supreme Court ruling that overturned a lower court ruling. A lower court judge had rejected the ballot language because it is “unreasonable and misleading'" but was overruled. 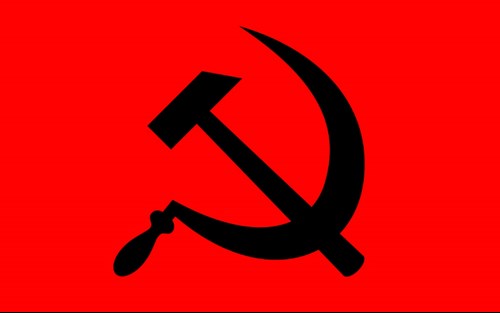 Minneapolis has been recognized as a mecca for far-left city leaders and street-level activists going back generations, but Sutton tells American Family News those far-left leaders are flirting with a far-left fantasy: a future without rule of law that leads only to anarchy and violence.

That warning becomes even more evident when one scrolls through the endorsement page of Yes 4 Minneapolis to see groups listed such as Socialist Alternative, Minnesota Youth Collective, and Twin Cities DA, which are all Marxist groups that are presumably knocking on doors and working phone banks to help the ballot question pass.

Yet another group listed on Black Vision Collective, which states on its website that "#DefundMPD was just the beginning" of dreaming about a new future.

"Do you want to envision a police-free future?" the website asks. "Add your email below!"

“Should this be successful, there's going to be many other cities, like in Portland and in Seattle,” Sutton says, “that are going to be looking at doing the exact same thing.”

An organization of young, apolitical Americans is demanding an apology from a high school in Minnesota after being denied an already-approved event – and accused of being "very political."