Gay men's choir blames QAnon for its own sick song

For decades conservatives have been warning that Big Gay craves innocent children, and now that warning is coming with a choir and a defiant, sickening song that is being defended as harmless and silly satire.

“You think that we'll corrupt your kids if our agenda goes unchecked,” sings the famous San Francisco Gay Men’s Chorus. “Funny, just this once, you’re correct.”

After the choir’s live performance went viral last week, and was predictably blasted for its perverse theme, the all-male choir insisted the song is satire aimed at critics and now claims its choir members are the victims of threats, harassment, and doxing.

“They have taken the lyrics out of context to support a narrative that suits their intolerant and hateful needs,” a statement from the chorus reads. “It is obvious the tongue-in-cheek humor is lost on many.”

The song’s lyrics, however, which can be read here, show otherwise: the song repeatedly --- in stanza after stanza --- claims that children are being won over to a more “tolerant and fair” homosexual lifestyle despite parents who are “frightened” and are attempting, but failing, to shield their kids.

The song goes on to state: 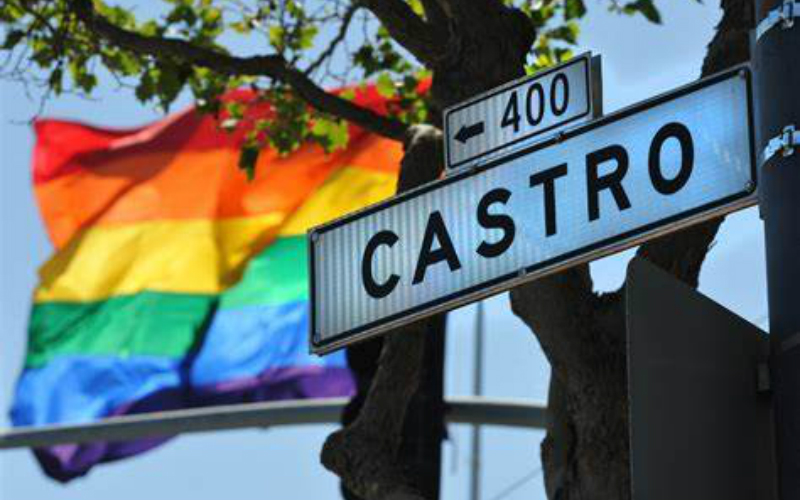 The history of the Chorus makes the in-your-face song especially sad considering AIDS ravaged its members during the 1980s. By 1988, The New York Times reported at the time, more than 35 members had died in six years, and 16 of the 100-member chorus were diagnosed with the disease. Many other choir members were showing signs of HIV, the story said.

Moving ahead two decades later, the Chorus had literally buried one man for every one who had joined it to sing, which numbered more than 250 lives by then, The San Francisco Chronicle reported that year.

Yet the song, in the opening line, denounces Christianity for calling homosexuality "sinful" and concludes that "giving up the fear inside is freeing like you never knew."

On the Chorus website, where the group defended its song, Christianity and and the Bible are bashed there, too. Children have been "indoctrinated" by churches, the group states, and hence "it's our turn."

Responding to the group openly singing about children versus parents, Christian apologist Alex McFarland says parents should understand this "wake-up call" from the Left that claims they know what is best for your children.

"And that Leftists have the right the speak into the lives of children, equal to that of parents," he says, "and because parents can be 'narrow' and 'absolutists,' maybe more so."

Meeke Addison, co-host of “Airing the Addisons” on AFR, tells One News Now the public should read the lyrics and then dismiss the denials.

“We are up against an agenda that has a goal and it has an end in mind,” she warns. “It is not to be tolerated, as was once pushed. It really is to be celebrated.”

Addison’s claim is evident in a sympathetic news story, published by a San Francisco news website, in which the choir’s song is described as a “clever victory anthem” but goes on to acknowledge the song is “talking about winning hearts and minds.” Those hearts and minds are children, as the song states over and over, but the news story likens criticism of the lyrics to a QAnon conspiracy.

On the AFR radio show, Meeke Addison and husband Wil frequently discuss "culture-proofing" children in a modern-day society that most recently was swamped with pro-LGBT messages during “Pride Month” from the media, Hollywood, major corporations, and even children’s cartoons.

“What did God intend?” Meeke Addison asks rhetorically. “That the parents would be the first line of defense for the children. The parents are to instruct the children, to train them in Godliness.”

This story has been updated with comments from Alex McFarland.

A chip off Biden's anti-2A block

Opponents of President Biden's nominee for director of the Bureau of Alcohol, Tobacco, Firearms, and Explosives (ATF) continue to speak out about why he is "a very real threat to the industry."