Women who were enjoying an upscale Los Angeles spa became the thankless victims of a transgender female, whose graphic behavior went unpunished, but the incident is drawing national attention after one of the women delivered a blistering, profane complaint after the biological male exposed himself.

With her cell phone recording, an unidentified black female customer berated the front-desk staff at Wi Spa after a male customer exposed his male anatomy in the pricey health club located on famous Wilshire Boulevard.

“So it’s okay for a man to go into the women’s section?” the woman angrily asks. “Show his penis around the other women, young little girls—underage—in your spa?”

Responding to the woman, a spa employee murmurs about “sexual orientation” which only angers the customer more.

“What orientation?” the customer shouts back. “I see a [profanity]. It lets me know he’s a man. He is a man. He is not a female.”

On its website, Korean-style Wi Spa advertises separate spas for men and for women, located on separate floors, and the business advises customers the spa area is “not for the modest” because guests enter the spas nude wrapped only in a towel that is provided.

“There are girls down there, other women, who are highly offended for what they just saw,” the black female customer continued. “And you did nothing. Absolutely nothing. In fact, you sided with him.”

"Even if you are not in the state of California, this is a tragically important story," Jonathan Keller, who leads California Family Council, tells One News Now. "President Biden and other people have said that they want to 'Make America California.' They look to California for leadership and ideas for how they want to implement policies.” 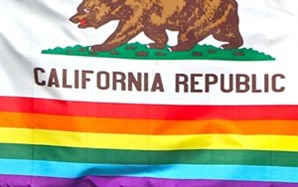 After the confrontation went viral on social media, the liberal Los Angeles Magazine jumped to defend the transgender woman in a story that describes the issue as “rights of trans people to use women’s spaces versus the rights of cisgender females to not be exposed to male anatomy.”

“Cisgender” is a made-up description for biological females which, at Wi Spa, included a group of shell-shocked female customers who had gathered behind the female who was delivering the tongue lashing.

The magazine also published a statement from Wi Spa in which the business said California Civil Code 51 (b) makes it illegal to discriminate against, in the magazines’s words, “trans and other gender non-conforming people” in California businesses.

If that is true, Wi Spa could have faced a civil fine if it had blocked the transgender female from entering the female-only floor and spa.

The angry female customer’s surprise and alarm is itself surprising since the controversy over transgenders is anything but new. To date the public has witnessed it in high school and college sports, in the U.S. armed forces, in corporate business, and in the courts.

This week, Nevada’s Miss USA-sanctioned beauty pageant witnessed 21 females lose to a biological man who is now headed to the Miss USA contest. 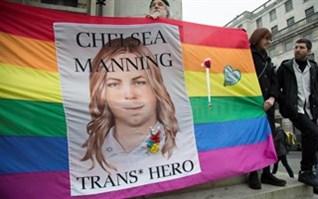 Mississippi-based American Family Association grasped the public-safety issue more than five years ago, when the LGBT-friendly Target Corporation saw an opportunity to brag that its store policy allows transgenders to use the restrooms and changing rooms of their choice.

AFA, the parent organization of One News Now, warned Target in 2016 that straight males would use the liberal policy to target women and, in fact, AFA documented incident after incident in which shocked females called police after sexual predators had followed them into a Target restroom.

An AFA petition vowing to boycott Target stores climbed to one million signatures within days even though the controversy was still in its infancy. 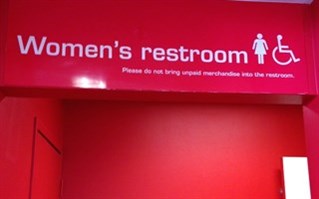 Regarding the far-left political climate in California, Keller points out Democrats passed a law in 2020 that mandates male state prisoners who identify as female must be admitted to female-only state prisons.

As of January 2021, 1,129 male California inmates stated they are transgender, non-binary and intersex, and 261 inmates had requested transfer to women’s prisons in the state so far, The Washington Examiner reported earlier this year.

According to the Los Angeles Magazine story, a protest is planned for Saturday, July 3, outside the Wi Spa business at 11 a.m.

Dems blame GOP and guns – not criminals – for crime surge in U.S.

Sen. Marco Rubio (R-Fla.) is calling out the Democratic Party's "crazy" gun control agenda as ushering in the "inevitable consequence" of the unprecedented violent crime wave in American cities, as the Left continues to blame gun ownership and Republicans – instead of criminals.