A nationwide battle is being waged from elementary schools to the war-planning Pentagon over Critical Race Theory and its tenets on race, oppression, and white privilege, and it appears the panicking Left can’t agree on what it all means at the same time the Right has organized and is fighting back.

“It defines you as either the oppressor or the oppressed,” Lindsey Curnutte of Heritage Action says of CRT. "Sometimes they'll call it a diversity, equity, and inclusion program, or even anti-racist teaching, but that's quite the opposite.”

Critical Race Theory can be traced to the 1970s and to far-left academia. Black law professor Kimberle Crenshaw is credited with popularizing the theory that U.S. News described this week as “the idea that racism is systemic in the nation's institutions and that they function to maintain the dominance of white people in society.”

Compare that description to a CBS News story, from June 22, that suggests CRT teaches about racism in history “and that it does not teach that any race is inherently racist.”

According to a CNN story from May 10, which quotes Crenshaw, the theory suggests racism is an “everyday experience for most people of color, and that a large part of society has no interest in doing away with it because it benefits White elites.”

Critical Race Theory, Crenshaw told CNN, is an “approach to grappling with a history of White supremacy that rejects the belief that what's in the past is in the past, and that the laws and systems that grow from that past are detached from it.”

The very next paragraph in the CNN story, mirroring Curnutte’s description, states that CRT proponents “believe that American institutions are racist and that people are privileged or oppressed because of their race.”

More and more of the American public is having none of that, and hence the backlash has come from a book-publishing Space Command lieutenant colonel, a fired Manhattan private school teacher, and from whistle-blowing corporate executives at Coca-Cola and at Disney over training that instructs them to “Be Less White” and, at Disney’s training, to reject “equality” and embrace “equity” instead.

When caught in the act, the mega-corporations such as Coca-Cola state the training was a “misunderstood attempt to build an inclusive work place.” Employees at Disney, the company said in a statement, are allowed “diversity of thought” even though CRT, by design, divides us according to skin color just as the related Marxist-based Critical Theory divides us by class according to wealth.

Meanwhile, the Left is recognizing the issue has created a grassroots push among conservatives, which is naturally concerning to Democrats since the Republican Party has taken notice, too.

“The Washington Post recently published a 3,000-word look at the GOP’s critical race theory campaign,” left-wing journalist Eric Boerhlet complains, “emphasizing how it was shaping up to be a major cultural issue for the 2022 midterm election cycle. Yet the Post made no mention that the race topic isn’t taught in public schools.”

That claim by Boehlert would be surprising news to parents and teachers in Virginia, which has become an epicenter of anti-CRT anger and organized pushback. The main battleground is Loudoun County Schools, site of a huge ongoing clash that went unmentioned in Boehlert’s commentary.

In a possible example of Boehlert's concern, Heritage Action is training grassroots activists to submit Freedom of Information requests that allow citizens to learn if CRT is being discussed and implemented in public offices.

CRT proponents 'running away' from it

The left-wing media’s new tactic is to claim Loudoun County is not directly teaching CRT, since it is not mentioned in the pages and pages of instruction, but the American public is becoming more aware that phrases such as "white privilege" and "equity" are tenets of it.

“Here's the takeaway: the political Left is running away from critical race theory as fast as it can,” author Christopher Rufo, who has warned about and fought CRT for several years, wrote in a Twitter post. “They know it's intellectually bankrupt and politically toxic. They're retreating to language games and shell games because they cannot defend it on the substance." 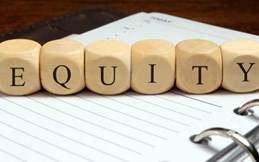 Rufo made that comment after The Washington Post, in the story mentioned by Boehlert, was forced to issue corrections and amend its story after Rufo pointed out the story’s inaccuracies in a series of Twitter posts.

This week, Rufo appeared on MSNBC to debate CRT with show host Joy Reid in what was an obvious attempt to discredit a major voice fighting against CRT. He was continually interrupted and mocked by Reid.

"The grassroots pushback against CRT is rooted in the best of the American tradition: a rejection of racial essentialism in favor of individualism, an enthusiastic endorsement of agency rather than determinism, a willingness to stand united against tribalism," author Ben Shapiro wrote in a Creators column published this week.

A Christ-focused organization for boys continues to see dramatic growth and support.