McAuliffe says can't smell smoke in state that is on fire

A former Virginia governor who is seeking the office again is claiming Critical Race Theory is a made-up issue in a state where hundreds of Virginians are publicly fighting school leaders after learning children have been subjected to CRT’s anti-white shaming that is presented as anti-racist instruction.

Terry McAuliffe, who won the Democrat nomination, was recorded in a closed-door political talk describing the CRT controversy as “another right-wing conspiracy” that was dreamed up by Donald Trump and by Glenn Youngkin, the Republican gubernational nominee.

“This is who they are,” McAuliffe said of both men. “It’s a conspiracy theory.”

Fox News reported it had obtained audio of the June 4 political stop, where a woman said Republicans are “making this huge deal” about the issue, which has become a major news story in the state, she said.

“What are you going to stay to all of those people,” she asks McAuliffe, “making education about that?”

McAuliffe then responds with calling it “another right-wing conspiracy.”

A spokesman for Youngkin’s campaign told Fox News that Critical Race Theory is not a “political game” or “talking points” to Virginia voters.

“Terry should tell that to the parents, teachers, and students in Loudoun County, Fairfax, and across the Commonwealth,” spokesman Macaulay Porter said, “who are up in arms about the lefts’ political agenda being forced into classrooms."

The “conspiracy theory” claim is an odd response from McAuliffe, a shrewd political operative, especially after the Democrat voter seemed to acknowledge the issue has become a major topic in the state. The political fight over anti-racist training, in fact, has reached a fever pitch in numerous Virginia counties where outraged parents and fed-up teachers are witnessing liberal school board members defend the controversial anti-racist lessons that McAuliffe claims does not actually exist.

Victoria Cobb of The Family Foundation of Virginia tells One News Now it appears McAuliffe is too busy cozying up to “Big Business funders and political insiders” to listen to outraged parents.

“That way he'd actually be aware of what's happening inside of Virginia schools,” she says, “but since day one of his campaign he's been insulting Virginians who refuse to submit to his ideology."

The veteran politician could also be taking a cue from the liberal media, which has ignored the fiery school board speeches, and “Be Less White” corporate training, that right-leaning news outlets have been responding to for most of the year.

“Fox News covered the dissension in Loudoun County on at least 24 broadcasts in eight weeks,” NBC News complains in a belated June 1 story that describes the school fights in Virginia.

For the far-left liberal media, there is also the issue of Critical Race Theory itself, starting with the premise that white people are literally born racist and maintain power over minorities. That topic is often left out entirely in news stories or vaguely described as “anti-racist teaching,” or “lessons on bias and privilege,” as NBC News described in the story above. 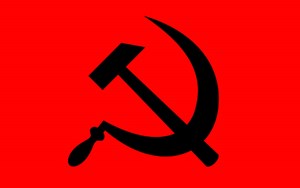 There is rarely any mention that the more-modern Critical Race Theory can be traced to the early 1900s and Critical Theory, and to the Marxist proponents at the Frankfurt School who fantasized about revolution that begins with stirring up anger and resentment among the lower classes.

“The Communist regime used the same critical theory to divide people," Chinese native Xi Van Fleet, who fled the Cultural Revolution, warned Loudoun County’s school board. "The only difference is they used class instead of race."

Farther down in the story, NBC says Critical Race Theory examines how “system racism perpetuates societal ills” and then claims the phrase has become a “conservative buzzword” in recent months.

Jeff Katz, a Virginia-based talk show host for WRVA, tells One News Now that Virginia voters are “just not excited” about the Democratic nominee.

"Terry McAuliffe talks a very good game about empowering young people and members of the minority community,” Katz says, “and he stomped on every young candidate and every minority candidate to get himself the nomination again.”

Several companies have emerged to sell abortion pills that could endanger women, and now the Biden administration is making that process easier.