A father pushes a child and stroller past an apartment building damaged by artillery fire in the Kyiv region of Borodyanka.

A pastor in war-ravaged Ukraine is still at work and ducking Russian artillery eight months after Vladimir Putin invaded, but he says the people remain resilient, and the Church is growing, in the midst of violence and war.

Ivan Bespalov, who pastors Kyiv-based church Holy Trinity Presbyterian, tells AFN he has never thought of fleeing – not even once – since Russian tanks crossed into his country in February.

“This is our country,” he defiantly says. “These are our homes.”

Bespalov, whose background is physics, gave his life to Jesus in 1993. He planted churches across the region for many years and was pastoring Holy Trinity earlier this year when the war broke out.

Bespalov last spoke to AFN in March, just three weeks into the invasion, when Kyiv was being targeted by Russian artillery, and it appeared tanks and troops were encircling the capital city. At the time, he said back then, it felt like waking up to a nightmare but one that you have to understand is the new reality.

The front lines have shifted greatly since those early days, and only recently did Russian “kamikaze” drones struck Kyiv to seek revenge for the bombing of a key bridge in Crimea. 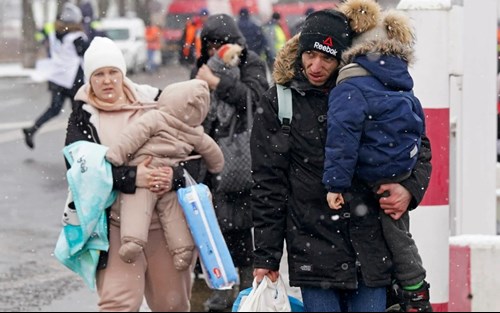 Ukraine is also entering a cold winter at the same time Putin hit the country's electrical grid in a bid to freeze the population into surrender.

“We didn't leave Kyiv, even when it was besieged, so why should we leave it now?” the pastor tells AFN. “And where to go? It doesn't seem like there is a safe place in Ukraine.”

Regarding the daily work at Holy Trinity Presbyterian, Pastor Bespalov says he is staying busy. More people are flocking to worship services, he says, and he is being asked to minister to new Christian believers in and around the capital city.

What can American believers do? Pray, he says.

“There are more spiritual needs than we could satisfy,” he advises. “That's why I would appreciate if you would pray that the Lord would raise more leaders, more Bible study leaders, more elders, more deacons.”

A pro-life group, already heartbroken over the left-wing drift of the Vatican, is speaking out about a prominent advisory group that now has an abortion-supporting atheist among its members.