Subscribe
SBC now 'on the clock' – How will it deal with abuse accusations?

SBC now 'on the clock' – How will it deal with abuse accusations?

Reaction from Southern Baptist leaders to a critical report about sexual abuse in the denomination over the years continues to pour in.

Southern Baptist "messengers" are gathering in Anaheim this week for the denomination's annual meeting. The two-day Pastors' Conference wraps up Monday night, and will be followed on Tuesday and Wednesday by the business portion of the gathering when resolutions affecting the denomination are discussed and voted upon.

Pastor Voddie Baucham (pictured below) will be nominated this week to head next year's Pastors' Conference. He paid a visit Friday to American Family Radio to react to the disappointing report released by Guidepost Solutions last month and the subsequent list of known abusers with 700 names, many of whom worked or pastored in Southern Baptist churches. 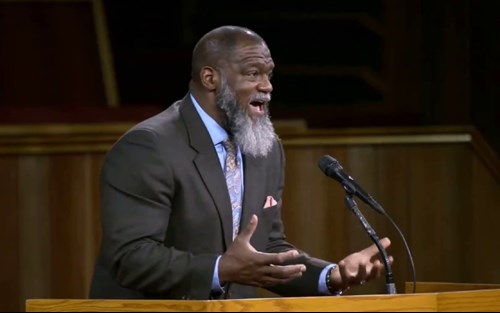 "It's saddening, it's disheartening, it's infuriating at times," he shared. "Whenever things like this are happening, I think all of us are rightly saddened and angered."

But Baucham says the anger shouldn't cause the problem to be inflated even more – and the terrible abuse within SBC churches over the last 20 years, he offers, isn't the second coming of the abuse scandal in the Roman Catholic Church.

"These report includes, number one, a very long period of time and 43,000 to 45,000 churches," he pointed out. "And [the report] also includes a number of incidences … where churches did the right thing – and the reason that this information was known was because the churches did the reporting."

Guidepost's report came with a list of recommendations that will be edited and presented to messengers this week in Anaheim. But Baucham says one limitation the SBC faces is that its churches are not under the control of a pope, bishop, or any other central authority. Each church is independent.

"These issues must be addressed – [and] in many instances, they are being addressed," Baucham emphasized. "But in the instances where they're not, they need to be addressed in the context of SBC polity."

Mefferd: SBC leadership needs to step up its game

The SBC leadership is dealing with one of the first survivors of sexual abuse since that lengthy and critical report came out accusing the denomination of mishandling prior claims. But according to a person close to the situation, they're not doing very well.

All Jennifer Buck wanted to do was provide a redemptive answer to the #MeToo movement by sharing about struggles with an emotionally abusive husband who long ago repented and started loving his wife as Christ loves the Church (see earlier story). The formerly abusive husband, Tom Buck, happens to be a well-known Southern Baptist pastor and, according to both the Bucks, someone weaponized Jennifer's story to hurt Tom.

While the Bucks neutralized that threat by telling their story themselves, they are still looking for the person who leaked the information. The trail went cold somewhere at Southeastern Baptist Theological Seminary … so Tom asked the seminary president, Danny Akin, to start an investigation. 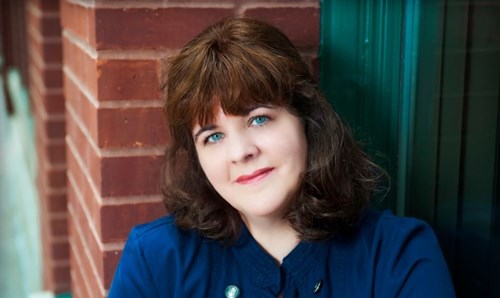 According to Christian talk-show host Janet Mefferd (right), who is speaking for the Bucks with their permission, it didn't get very far. "Unfortunately, Southeastern shut down the investigation that they had vowed to pursue before it ever began," she tells AFN.

The Bucks see this is the first public test of how the denomination will deal with abuse victims since the Guidepost report was released in mid-May. The SBC, says Mefferd, is not passing the test.

"[The Bucks] are being treated reprehensibly," she laments, "and not one Southern Baptist leader has come out and defended them or gone to bat for them."

She says internal SBC politics appear to be at play – possibly because Tom Buck is a high-profile conservative figure in the SBC. "If the Southern Baptist Convention is going to make any credible case that they care about abuse survivors, then they have to care about all of them equally," Mefferd concludes.

An official with the Southern Baptist Convention's Sexual Abuse Task Force is reacting to a pro-"gay" tweet from the company that was hired by the denomination to do the investigation.