Subscribe
Religion values family – and family is good for the country

Religion values family – and family is good for the country

Delving into the results of a recent study, a Christian apologist detects that even some people who claim no religious affiliation – often referred to as "nones" – think America is stronger because of religious belief.

A study called "Jesus in America" by Ipsos and commissioned by The Episcopal Church finds a plurality of Americans surveyed (38%) think religious belief makes the country stronger. Less than a third (28%) think it divides the country; and 33% think it either weakens the country, has no effect … or they just "don't know."

Christian apologist Dr. Alex McFarland contends research has shown society benefits greatly when people have religious beliefs – so he isn't quite sure what those latter two groups are thinking.

"One of the beneficial outcomes of religiosity is a high ethic of family," he explains, "and volumes of research show that the more family-oriented a culture is the better outcomes in terms of emotional stability, standard of living, economic stability, literacy, even health."

According to the study, only half of those who describe themselves as "not religious" say religion divides the country. That tells McFarland that even atheists are starting to come around to the benefits of religion – even if they don't believe in one.

"Even if someone doesn't really have any spiritual convictions, even on a pragmatic level, even many of the more honest, objective atheists had to admit that religion is good," he summarizes. 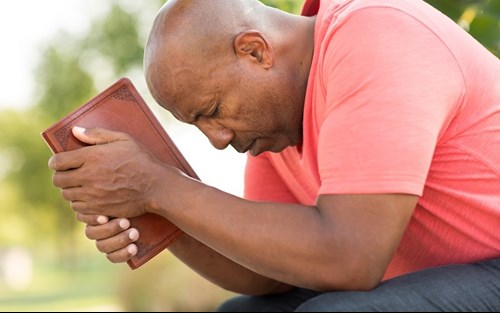 "There are countless examples of the positives of religion, church, morality in a culture," he continues, "and even those who may not believe in God themselves personally – if they're honest – have to conclude that religion, i.e. Christianity, provides many, many positives to any culture where it's allowed to flourish."

Ipsos polled more than 3,000 Americans, ages 18 and older, during an 11-day period leading up to and following Thanksgiving. Two-thirds of those polled described themselves as Christian; the remaining third were evenly divided between "other religion" and "not religious."

Any friend of PP's is no ally of Catholic Church

A defender of the Catholic Church "against assaults from without as well as from within" is exposing an agency that is out of sync with Catholic teaching.