Refugees fleeing war in Ukraine board a train at the Medyka border crossing in Poland.

In war-torn Ukraine, Russian armor is advancing toward the capital city, and Russian artillery is pounding away at civilian targets to break their will to resist, and like in all wars it is the innocent who are suffering as they hide and flee and go hungry.

“In the city, life is going on even though the food has become scarce and quite expensive,” Ivan Bespelov, a church pastor in Kyiv, tells AFN. “Primarily, people get packaged foods that could last. The fresh food, basically, is gone from the shelves of the stores.”

That means Bespelov and his family, and millions more, will be going hungry in coming days and weeks if they remain in Kyiv, especially if Russian troops succeed in pushing back Ukrainian forces and surround the city to demand its surrender.

The pastor says artillery shells have not hit the nine-story apartment building where he lives and where the basement is being used as a bomb shelter.

“If things get hot,” he says, “we probably will go there.” 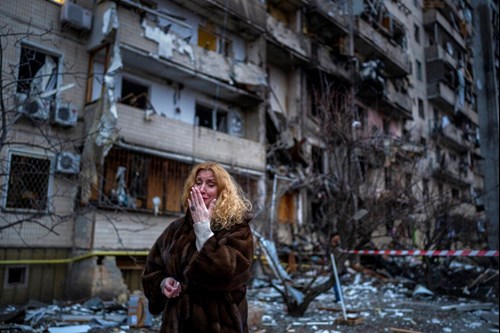 If the church pastor and his family choose to flee the capital city, they will join an estimated two million Ukrainians who became refugees when they fled with the clothes on their backs and a suitcase.

Yael Eckstein, who leads International Fellowship of Christians and Jews, tells AFN his organization is meeting Jewish refugees at the border with a hug and a safe place to sleep for the night.

Jews have not forgotten Europe's horrible past, and never will, he says, so FCJ is helping Ukraine's Jews get to Israel to start a new life.

"In the next week," he says, "you'll see a full 'aliya' flight of Jewish refugees from Ukraine coming to Israel."

The word "aliya" is Hebrew for "ascent" or "going up," and many Jews apply the word to making the journey to Israel, too.

David Phillips, a spokesman for the Samaritan’s Purse disaster relief ministry, tells AFN emergency supplies are being trucked into Ukraine from Poland. A ministry-owned Douglas DC-8 aircraft was unloaded there this week and marked the second DC-8 to touch down bringing disaster relief.

Samaritan’s Purse has set up a field hospital in Lviv, Ukraine, a city of 721,000, where the ministry this week is opening operating rooms, inpatient beds, intensive care beds, and a step-down unit. 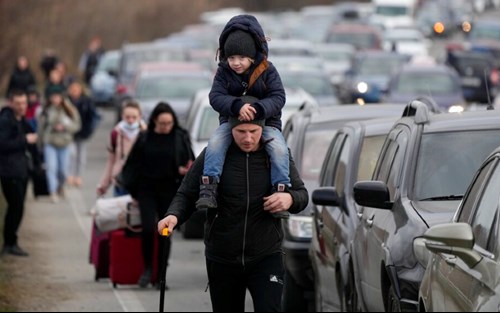 Phillips says there is an “incredible need” to help refugees who are suffering from war wounds, from severe dehydration, and even heart attacks and child births. “We have doctors, we have nurses, engineers, other professionals,” he says, “who have deployed right into the heart of the problems there.”

Back in Kyiv, Pastor Bespelov says he will not flee the city where his church congregation is gathering daily, in the afternoons, for a worship service. The pastor said he prepares for the service with a morning spent in prayer and Bible reading, and his flock is doing the same before they gather in their church. After the service, he says, nobody is in a hurry to return home. They want to stay.

“It is just unbelievable,” he says, “the revival which we see amongst the people.”

Ukrainian pastor and flock ministering in midst of battle

The city of Kyiv is holding out against the invading Russians bravely – but for how long?