American pastors by the thousands preached on Sunday against a law in Canada that makes it illegal to help someone escape homosexuality or transgenderism.

Bill C-4 – the law that went into effect on January 8 – bans what's called "conversion therapy," which the law defines basically as any attempt to counsel or help homosexuals, lesbians, or transgenders back to God's design for sexuality. The penalty under the new law is up to five years in prison. 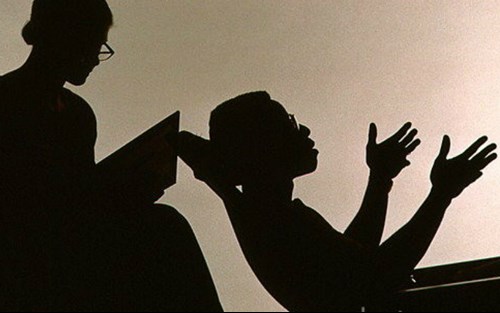 In a recent sermon, Canadian Pastor Tim Stephens said the law actually calls it a myth that biblical sexuality is preferable.

"This law is defamatory. This law puts in Canadian law the defamation of God's name, of his character, and of his good design in creation," Stephens said. "It relegates God and his Word and his design for humanity which will cause human flourishing – it relegates it as a myth."

Another Canadian pastor, Steve Bainbridge, wrote in early December that the LGBTQ movement, which "fought for tolerance, equality and acceptance … now denies these rights for others and demand[s] those with deeply rooted religious convictions deny who they are and conform to a society that hates them."

Southern California Pastor John MacArthur rallied more than 4,000 American pastors to preach last Sunday on God's design for sexuality. In his sermon Sunday, MacArthur gave a warning to both Canada and America.

"Sin destroys – and I'll say it again – individuals and it destroys nations, because it invites down on its own head the wrath of God," he stated.

MacArthur also emphasized that the true Church will not be bullied – by anyone or any entity – into denying the Word of God.

"No government will ever make any law that will stop the true Church from being in the business of converting sinners," said the pastor of Grace Community Church in Sun Valley, CA. "Any government that stands in the way of that work of God is in the most dangerous position that anyone could ever be in on this planet – far more dangerous than any human enemy, or any virus, or any other conceivable threat."

In an early December column, Dr. Michael L. Brown points out that the term "conversion therapy" was created by the critics, not the practitioners. He also describes Bill C-4 as "the worst thing of its kind that has ever been passed" as it legalizes "dangerous government overreach" – and is "yet another step towards banning the Bible."

In addition to banning conversion therapy, the new law also allows up to two years in prison for anyone who knowingly promotes or advertises such therapy, or anyone who benefits financially by providing it.

While donations to secular institutions bounced back last year, giving to churches and religious organizations remained stagnant at an all-time low, according to a recent poll.