A new survey indicates that the evangelical voting bloc in America is alive and well – and a longtime leader from that bloc sees that as good news for the GOP.

Six percent of voters are white Catholic Republicans; and 5% of those who identify as "mainline" Protestants also vote Republican. That latter stat caught Land's attention.

"To me the most surprising thing in the whole graphic [below] was that among mainline Protestants, more of them voted Republican than voted Democrat. That shocks me," he admits.

Land, president-emeritus of Southern Evangelical Seminary, predicts those Republican voters of faith will turn out in the next two national elections and, as a result, turn things around on Capitol Hill.

Land continued with his predictions, focusing on 2024: "I [also] think it's going to be very, very difficult for Mr. Biden to run for reelection – and [Vice President] Kamala Harris will not get the nomination for the Democrats because the Democrats do not have a suicide wish."

But Land shares that he's hopeful President Biden will make it through his whole first term, offering his rationale: "An addled and mentally declining Joe Biden is preferable to a fully alert Kamala Harris." 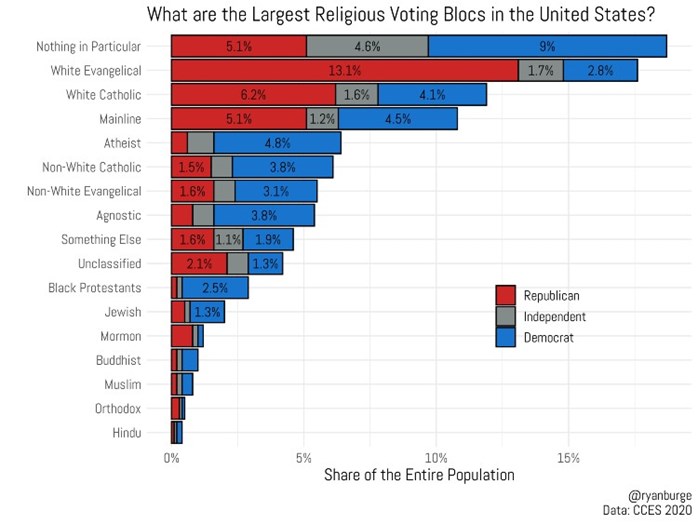 With the inevitable denominational split already on next year's agenda, a group of conservative United Methodists in Georgia have taken matters into their own hands so they can determine their own future.