A music expert and Christian journalist says rousing patriotic songs should be reserved for a July 4th fireworks show, and kept far away from the Sunday morning service, but there is another view of the topic: Freedom itself comes from the Lord as acknowledged in the Declaration of Independence.

This upcoming Sunday morning will align nicely with Independence Day, which falls on the same day, which means many church congregations will add a patriotic song to their regular mix of hymns and praise songs. That predictable plan troubled Christianity Today writer Kelsey Kramer McGinnis, who found worship leaders across the country who are refusing to add patriotism to the song list.

“I’m not going to gear [the worship service] toward a man-made nation,” a worship leader at a Delaware church told Christianity Today.

A second worship leader said their Ohio church is planning an after-church concert to acknowledge the holiday, but two other worship leaders quoted by McGinnis said there is no room for patriotic songs. 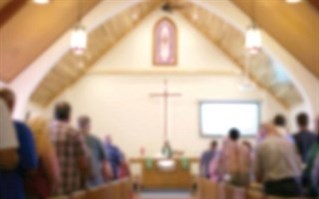 No one quoted in the 1,600-word article defended singing patriotic songs in a church service to McGinnis, a musicologist who writes music-related stories for CT and who holds a PhD from the University of Iowa.

Responding to the CT article, radio talk-show host Janet Mefferd tells One News Now that “Battle Hymn of the Republic” blends nicely in a Fourth of July church service.

Julia Ward Howe penned the song during the Civil War at the urging of her minister.

What has become an annual tradition of grilled hamburgers and fireworks began on July 4, 1776, the day delegates from the 13 colonies adopted the now-famous letter informing King George III his British subjects were declaring their independence from his authority.

Not only did the Second Continental Congress deliver a list of grievances to King George, they delivered the unheard-of claim that every man has individual rights and those “inalienable” rights are not granted by the British Crown, or by a country, but by their Creator who is described near of the end of the famous letter as the “Supreme Judge of the world.” 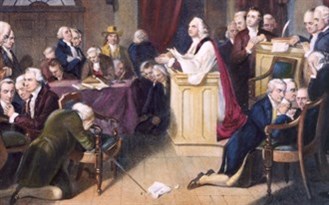 God is mentioned throughout the historic document, which clearly states that government gets its authority from Him, a fact that has frustrated religious skeptics who describe the U.S. Constitution, which came a mere 11 years later, as a "secular" document.

The upcoming July 4th holiday, which falls 245 years after the Second Continental Congress vote, also comes during a cloud of America-hating self-reflection that is reflected in the Christianity Today story:

Those in favor of singing a patriotic song or two as part of the service often suggest that it is just a way of expressing gratitude for the freedoms Americans enjoy. This straightforward justification fails to acknowledge that there are many groups for whom Independence Day brought no additional freedom. The gratitude many Americans feel for some of the comforts of living here is distorted by the oppression and injustice visited upon their families, communities, and ancestors. 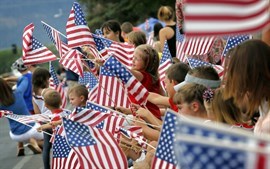 Elsewhere in the same story, the author oddly informs readers that German prisoners of war, who were shipped to the United States during World War II, were subjected to American music, including church hymns, which McGinnis describes as “carefully curated propaganda" by the U.S.

"Patriotic music is propaganda," McGinnis writes. "But so is worship music, in a way."

Regarding the CT story, Mefferd says the truth eventually comes out about the author’s motivation by the end of the article.

“It's going along with a lot of what we're hearing from the secular Left denigrating the United States of America,” she says. “I've always found it bizarre to hear people who claim the name of Jesus Christ bashing America.”

A Texas-based Christian talk-show host admits she's not a fan of the new president of the Southern Baptist Convention – but that's not the reason she's calling for him to step down.