As digital finance gains a greater foothold in the world, a conservative writer is among those concerned that crypto currency or some other digital currency could overtake the U.S. dollar as the standard in trade.

The Biden administration is looking at ways to manage, if not control, the digital financial marketplace in an effort to keep the U.S. in control of the de facto world currency. According to the Federal Reserve, about 60% of international and foreign deposits and loans are in U.S. dollars. Oil and other commodities are also traded in U.S. dollars.

Ben Weingarten, a senior contributor for The Federalist, recently told American Family Radio that being the default currency gives the U.S. substantial control and leverage over the entire global financial architecture.

"All of these things give us an advantage in that the dollar is desired, the dollar is in use," he explained. "Because of the perceived strength in that currency, it helps make us the dominant player globally."

But other countries would love to replace the dollar with their own currencies, and crypto currency is coming on strong.

"If tomorrow we woke up in a system where China and Russia had an alternative currency that was perceived as stronger than the U.S. dollar, used in more transactions, comprised a more liquid currency market, our power would wane," Weingarten said.

And according to him, more than just bragging rights are at stake; replacing the dollar as the world's reserve could bankrupt the country.

"Our economic strength, our geopolitical power and ability to project that power, and ultimately our ability to survive really rests, in a large part, on us having the world reserve currency," the writer warned.

Despite Joe Biden's wishes, Weingarten says the U.S. government might have a hard time gaining a stake in the world of digital and crypto currency. 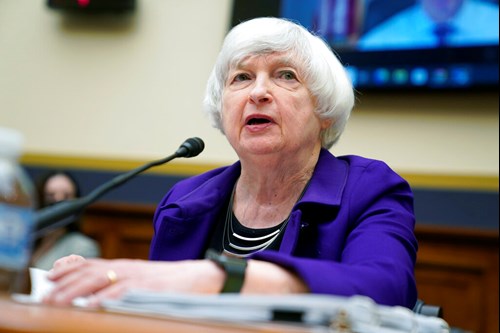 Treasury Secretary Janet Yellen (right) last week fleshed out some of the specifics around the Biden administration's recent plunge into digital and crypto currency. The government wants in on the digital economy, according to Yellen, whose speech was her first about cryptocurrency since President Joe Biden signed an executive order on digital assets in March.

That executive order urges the Federal Reserve to explore whether the central bank should create its own digital currency and directs the Treasury Department and other federal agencies to study the impact of cryptocurrency on financial stability and national security.

Weingarten said the Feds aren't worried about being stealthy in making their move. "The U.S. federal government right now is looking at a whole of government strategy to regulate cryptocurrencies, which are a competing currency, an alternative currency to U.S. dollars," he explained.

The EO purportedly aims at fighting financial crimes and is full of buzzwords like "equity" (4 times), "inclusion" (6 times), and "climate change" (4 times). But while Weingarten says mostly the Fed wants in on a new trillion-dollar economy, it might have a difficult time – at least as far as bitcoin is concerned. 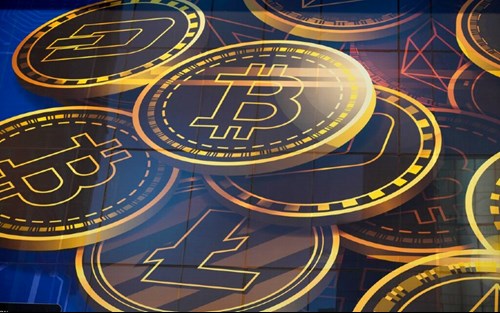 "While there is an open ledger of all transactions that occur within bitcoin," he explained, "who holds those bitcoins and where they're held is completely anonymous." In other words: you can't tax who you don't know.

But Weingarten says government involvement also has some privacy and authoritarian problems. As in China, any financial system the government has its fingers in can be used to surveil and/or punish people if it doesn't like what those people do or say.

"Potentially if … you engage in 'wrongthink' that the government classifies as being dangerous to national security, or [if it] calls you a domestic violent extremist because maybe you hold the wrong views – well, what could our government do in a situation like that to your account?" he poses.

The Associated Press reports the use of cryptocurrency and other digital assets have exploded in recent years. Surveys show that roughly 16% of adult Americans – or 40 million people – have invested in cryptocurrencies. And 43% of men age 18 to 29 have put their money into cryptocurrency.

A Michigan restaurant closed last week as a result of inflation. AFN spoke with one organization that warns the public could soon see more businesses do the same.