Subscribe
Are corporations caving to left-wing mob? Fired writer has the receipts

Are corporations caving to left-wing mob? Fired writer has the receipts

It is not too late to save corporations from the left-wing wokeness that is attacking their boardrooms, says a grassroots group, but a right-leaning writer says her recent firing from a radio job is an example of the mob-like pressure that exists.

According to Ethan Peck of the Free Enterprise Project, 95% of shareholder activism comes from the Left. That is why FEP urges conservatives to stop being silent and to use their own corporate shares to speak up when the left-wing mob is in action.

"I'm not saying don't shop with your values. I think it's great to buy local, and it's great to support companies and values that you support,” Peck advises. “But the Left was able to create these woke corporations by using methods such as going into corporate boards, voting for woke board members, voting for woke policies, and doing it over a generation."

America’s powerful and rich corporations have been viewed as greedy enemies of the Left for generations, but the success of left-wing activism within the boardroom and office cubicles is why corporations are instructing their white employees about the evils of “whiteness” and “white privilege,” for example. That is why Atlanta-based Coca-Cola criticized George’s state legislature when it tightened voting laws after the 2020 election. 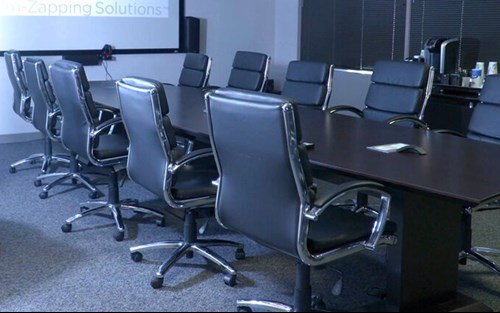 Amber Athey, an editor for The Spectator, experienced the left-wing mob in action after she mocked the brown outfit worn by Vice President Kamala Harris at the January state of the union address. In a tweet, Athey compared Harris to an UPS employee – “what can brown do for you?” she wrote – and the mob amazingly claimed the remark was racist. On social media, she was accused of “bigotry.”

In the end, Athey’s corporate bosses at right-wing radio giant Cumulus bowed to the pressure and she was fired from a talk show on WMAL in Virginia.

Athey wrote about her firing in an April 4 Spectator article, where she recalled how the left-wing mob operates. Left-wing students tried to get her removed from a staff position on the college newspaper, she wrote, and even in the college dorm the mob said her views created an "unsafe environment" for others. 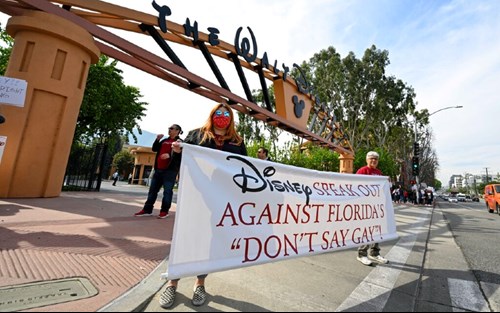 Describing her firing on the Todd Starnes Show this week, Athey said it was shocking to watch a right-leaning conservative outlet cave to the Left.

“If we are having our outlets sit under these huge corporations that act no different than places like Disney or Coca-Cola, or these other corporations that speak out under activist pressure,” she said, “than all of us can be fired at a moment’s notice for not doing anything wrong.”

According to Peck, the Free Enterprise Project is urging conservative shareholders to pay attention to elections for corporate boards and to take action.

"Buy shares in these companies. Tell them how you feel about what they're doing with your money, and vote against these woke board members," says Peck. "That's what the Left does, and they're good at it."

Peck and the FEP have released an updated guide, “Balancing the Boardroom,” on how to do that.

"We will only defeat the left’s bad faith attempts at censorship," Athey concludes in her article, "if we fight back."

Gas prices: Dems in dreamland & blaming everyone else

Democrats gave oil and gas executives an earful Wednesday about high fuel prices, but not everyone thinks Democrats are in the right.