Subscribe
Chocolate on the inside, 'progressive' on the outside

Chocolate on the inside, 'progressive' on the outside

It may sound like something from a satirical news outlet, but the company that makes M&Ms says the characters in the ads are about to become more "inclusive."

Mars, Inc. – the maker of the candy-coated chocolates – is no newcomer to today's "culture of inclusion and diversity," having thrown its corporate support behind "gay pride" parades for years and dedicating company resources, funding, and support to its in-house LGBTQ resource group. For its efforts, the candy maker received a 100% score on the Human Rights Campaign "corporate equality index" in January 2021.

Still, this latest move – announced on Thursday – surprised some people.

"In seeing that this was a shift that they were making, I kept checking the calendar to make sure it isn't April Fools Day," says Sarah Rehberg of the Free Enterprise Project at the National Center for Public Policy Research. "The whole thing just comes off as so preposterous." 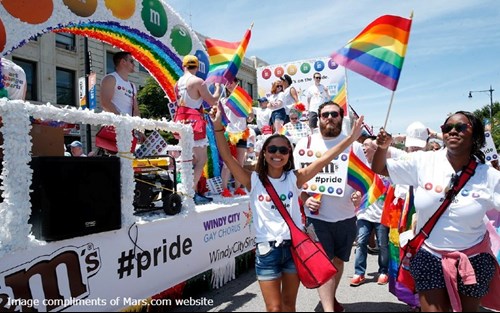 Mars says the decision was based on a "global commitment to creating a world where everyone feels they belong and society is inclusive."

Examples of changes include the green M&M transitioning from a flirty female in white go-go boots to now wearing sneakers and "being a hypewoman" for her friends. In addition, the brown M&M – the other female character in the bunch – will no longer be bossy.

"It's hard to kind of understand who they're possibly trying to virtue signal with this," says Rehberg. "I know companies are under immense pressure from groups like ACLU, Human Rights Campaign, by various other left-wing special interest groups to make these types of changes – but you know, in the name of inclusivity, they really do end up alienating the vast majority of the American people."

Based on this, Rehberg finds it all "quite comical."

"I hope that the American people can kind of look at this and see like, wow, are we going a little too far now? We're actually changing the M&M characters?"

The first year of Joe Biden's presidency ended with even some Republicans calling it a year of decent job growth but the caveat is employers know the country has not bounced back from the pandemic.