It is an idea on which many people left, right, and center agree --- buy more American-made products --- but the question is can it really happen in a nation that has witnessed millions of jobs move away. Yes, it can and just in time to put them under the Christmas tree.

According to Alliance for American Manufacturing, “Made in America” is indeed happening across the U.S. in every state, from chocolate candy gift boxes shipped from Indiana-based Albanese to Ohio-made blue jeans at the appropriately named All American Clothing Co.

"On our website, we have a ‘Made in America’ directory where we have hundreds of products that are all manufactured in the United States,” says AAM spokesperson Elizabeth Brotherton-Bunch. “And we have them sorted by type so you can look for ‘Made in America’ pants, sweatshirts, appliances, etc."

Other products listed by AAM include water bottles, men’s dress shoes, UTVs, bathroom towels, and cutlery, among many others.

That helpful search tool, and the list of U.S.-based companies, can be found here.

It is no secret where millions of jobs have gone. In 1992, the late Ross Perot warned Americans of the “giant sucking sound” if the U.S. entered the North American Free Trade Agreement with Mexico and Canada. That trade agreement took effect in 1994, and today Mexico and Canada enjoy a lopsided trade deficit with the U.S. that was $112 billion and $15 billion respectively in 2020.

After the communist nation of China entered the World Trade Organization (WTO) in 2001, economists say an estimated 3.4 million jobs have been lost after U.S.-based corporations choose cheap labor, and even prison labor, over their own U.S. workers. China’s trade with the U.S. ranks third behind Mexico and Canada but the U.S.-China trade deficit was a whopping $310 billion in 2002. 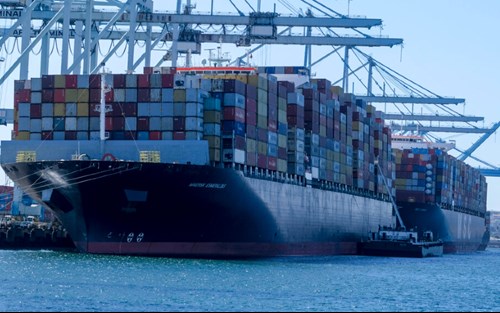 That reality has not gone unnoticed at Alliance for American Manufacturing, which approaches that lopsided trade issue with alarming research and analysis: China’s trade deficit with the U.S. has cost an estimated 3.7 million jobs from 2001 to 2018, the group says.

In addition to pushing for U.S.-based jobs, AAM is also busily promoting U.S.-based companies during the Christmas gift-buying season.

Hence the annual “Made in America Holiday Gift Guide.” 2021 makes the eighth straight year AAM is promoting U.S. businesses and urging the public to spend their Christmas-shopping dollars here at home with a state-by-state list of companies and products.

“If you do a little bit of research, and take a little time, you can find so much cool stuff that's manufactured in the United States,” Brotherton-Bunch says. “And it's all because American manufacturers know they have to compete. They work really hard to make really high-quality products, and they work really hard to make unique products and cool things that maybe you can't find at your big box store that really are special."

WH policies bad for humans – but hey, they're robot-friendly

Many people say President Joe Biden's policies are killing jobs – but AFN spoke to someone who says that's not entirely accurate.