Biden's newest reversal of Trump a brazen 'slap in face'

A program created by the Trump administration to assist crime victims has not only been abandoned by the Biden administration but the new purpose will be to assist illegal aliens who report crimes against them.

During his first week in office, Donald Trump authorized the Victim of Immigration Crime Engagement Office, known by its acronym VOICE, to assist Americans who were the victims of violent crimes committed by illegal aliens. That help has now been replaced by a new office, Victims Engagement and Services Line, that aids illegals who say they were mistreated, for example, while being held in an immigration detention center.

The announcement was made last week, June 11, The Associated Press reported.

“It was a good office,” he recalls. “It was an office that helped people across the country from a variety of different backgrounds and political ideologies.”

During his populist campaign, Donald Trump made illegal immigration and border security a key issue for his “America First” theme. That platform angered and frustrated open-borders Democrats who accused Trump of racism and xenophobia, and Biden vowed to reverse Trump's actions.

On the campaign trail, Trump sometimes shared the stage with “Angel Families” that had suffered loss of a loved one due to violent crimes committed by illegal immigrants. That campaign tactic also showed the ideological divide in the country, since Democrats ignore or downplay violent criminals mixed in with other illegals. 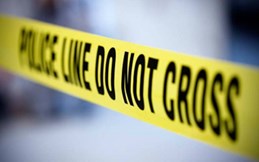 Reacting to the dismantling of VOICE, former Trump advisor Stephen Miller likened the Biden administration’s new initiative to the DEA opening a “call center to help drug dealers get lawyers and amnesty for their crimes.”

According to Feere, who is now at the Center for Immigration Studies, replacing the VOICE program with an office to help illegal aliens find an attorney is a “slap in the face” to Americans who were harmed by violent criminals, many of whom who have never been arrested for their crimes.

“It’s now very obvious,” Feere says, “that this administration has as its priority to help illegal aliens, including those who are here criminally, rather than the America people.”

Congress is taking action to allow male prisoners, who claim they are women, to be housed in female prisons, and a critic of the move says liberal lawmakers are choosing pro-LGBT ideology over women’s safety.