Subscribe
Stop the insanity, Democrats, or stay on your crazy path

Stop the insanity, Democrats, or stay on your crazy path

Stop focusing on media-fed crises designed to distract us from the severe damage that Biden and his Democrats are inflicting on our country. Stop talking about disarming law-abiding American gun owners because of tragic, nutcase mass shootings.

Last week’s special congressional election in the Rio Grande Valley of Texas is far more than a precursor to a probable Republican “wave” in November.

Mexican-born, Christian conservative Republican Mayra Flores won what had been a Democrat-controlled seat for the past century. She campaigned on “God, family and country.”

Her victory and other GOP gains in the area are sending shock waves through the Democrat Party, which thrives on race-based bribery. They figured Hispanics would always be in their pocket. In fact, they expected to keep power permanently via this fast-growing demographic – plus more vote fraud.

While pundits chalked Mrs. Flores’ victory up to inflation, gas prices and empty shelves – and that was all part of it – there is a deeper explanation.

Voters are saying, “Stop the insanity.”

Mrs. Flores stands for patriotism, traditional values, limited government, law and order, the Second Amendment, and recognition that our rights come from God, not man. In short, she stands for sanity.

So, South Texas voters are saying, in effect, stop serving us the Kool-Aid that government is our savior. 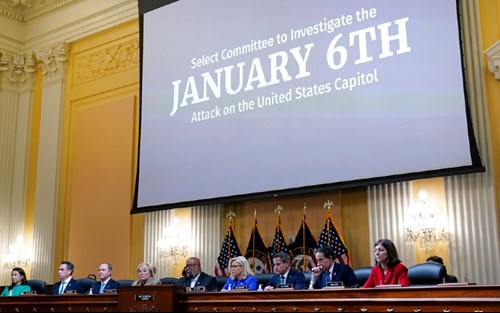 Stop focusing on media-fed crises designed to distract us from the severe damage that Biden and his Democrats are inflicting on our country.

Stop leaving our border wide open to millions of illegal immigrants, among whom are sex traffickers, drug dealers, MS-13 gang members and terrorists. Mrs. Flores, a mother of four, is the wife of a U.S. Border Patrol agent. Go ahead, Democrats. Stamp “racist” on her forehead.

While we’re at it, stop boasting about defending Ukraine’s sovereignty while refusing to defend America’s border.

Stop schools from indoctrinating pupils in “woke” activism. Stop siccing the FBI on parents who speak out at school board meetings. Stop threatening, as Biden did this past week, to withhold federal lunch money if schools won’t push the LGBTQ agenda. Talk about a bully.

Stop telling us that Drag Queen Story Hours are harmless fun for children. Stop empowering schools that keep parents in the dark while steering confused kids to cross-dress and change their names.

Stop saying that America is uniquely and systemically racist. Stop whipping up hatred of white people. Stop trying to start a race war. Stop tearing down statues and renaming everything.

Stop crippling the fossil fuel industry, which has lifted billions out of poverty. Stop pretending that we can safely destroy America’s energy independence before “green” alternatives are anywhere near ready. 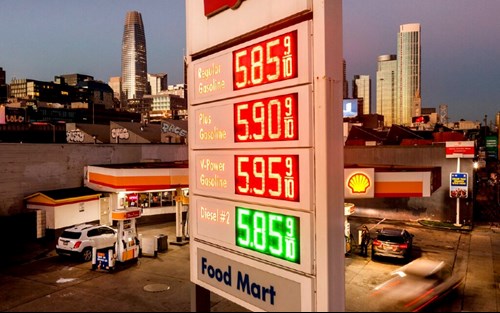 Stop driving us toward an economy dependent on Communist China, which controls 80 percent of the rare earth minerals needed for windmills, solar panels, and batteries for those fabulous, $50,000 electric cars.

Stop blaming Vladimir Putin for Biden’s energy disaster and record inflation. Both were soaring before Russian troops invaded Ukraine. Everybody knows this.

Stop looking the other way as leftist terrorists firebomb or vandalize as many as 29 crisis pregnancy centers, pro-life groups and churches while the Biden Administration yawns.

Will heaven be heavenly if someone I loved is in hell?

We may experience some sad truths in our first moments in heaven … but once there, God will change our perspective.