Fake science and the totalitarian temptation

University of Pennsylvania transgender athlete Will Thomas prepares for a preliminary heat of the women's 500-meter freestyle at the NCAA Swimming and Diving Championships Thursday, March 17, 2022, at Georgia Tech in Atlanta. (AP Photo/John Bazemore)

Whether it involves mandates, masks, or male-born swimmer "Lia" Thomas, promotion of the Left's culture war leans heavily on the misuse of science.

Did you know that a recent national survey found that nearly half (48%) of Democratic voters want to fine or imprison people who publicly question on social media the efficacy of COVID-19 shots? The same Rasmussen poll says 59% of Democratic voters approve the use of government power to confine unvaccinated people to their homes except in emergencies.

And you thought we could all just get along and agree to disagree. Nope. This is not your grandparents' Democratic Party.

That was the old batch of liberals who believed in open discussion and other foundational American liberties. They are gone, replaced by Marxist-educated lemmings who brook no disagreement while smugly asserting moral superiority.

The trend toward totalitarianism tracks with rising insanity on COVID-19, sexuality, race, climate change, election integrity and religious liberty. They don't think religious liberty should even exist. The others have only one valid view – theirs.

"Follow the science" has been their mantra while shoveling fake science at us or ignoring real science. At the Washington Post, where "woke" writers lurk even in Food and Sports, columnist Sally Jenkins assails anyone objecting to male-born swimmer "Lia" Thomas competing with natural women.

"We look to facts to rescue us when a subject becomes heated," she writes, "but here, the science remains unsettled …. we don't know. Therefore, to exclude trans athletes from elite competition, out of our own constricting fears and uncertainty is wrong, harmfully so." 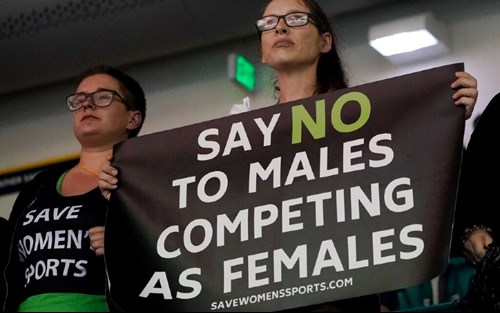 I think we do know. It's not rocket science. It's absurd, immoral and unfair to watch a male swimmer break women's records. Teammates fear being kicked off the team if they don't wink and nod. In the locker room, "Ms." Thomas reportedly displays male parts to hapless onlookers.

Ms. Jenkins asserts, "I think the greatest adversity that we create for ourselves is this idea of 'normalcy' as it applies to human beings. There is no normal."  Well, not in her world – a newsroom full of people pushing Marxist deconstructionism on the rest of us.

"These leftists embrace a cause that seems to go against their own interests as long as it advances the overall cause of Marxist overturning of society's standards. The feminists – who should be up in arms over men swimming in women's events by claiming they're women – should automatically oppose this; but they're not, because the Left has embraced the whole transgender movement of undermining society and ushering in a socialist, top-down Marxist regime." (Columnist Robert Knight, in an interview with AFN)

Kate Cohen takes issue with Missouri's and Idaho's recent respective legislation to "restrict abortion access and criminalize medical care for transgender kids." By "medical care," she means plying children with puberty-halting drugs and arranging for surgical removal of their sexual parts. She cites an unnamed study claiming kids will commit suicide if they don't get a sex change. 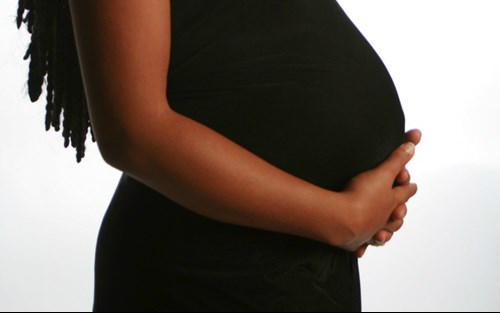 As for abortion, she seems in no hurry to be a loving grandmother, stating, "When I picture my daughter needing an abortion, I picture myself helping her get one, just as I helped her get antibiotics when she had Lyme disease."

The misuse of science to promote the Left's culture war has many players. In August 2021, The Atlantic published what the Epoch Times calls "a hit piece" on Dr. Robert Malone, inventor of mRNA vaccine technology, who is also one of the most prominent critics of the CDC's "vaccine or nothing" approach.

The article assailing Dr. Malone's character was funded by the Chan Zuckerberg Initiative and the Robert Wood Johnson Foundation. Facebook founder and COVID vax proponents Mark Zuckerberg and his wife Priscilla Chan run the Initiative, and the other foundation was established by Johnson & Johnson, maker of one of the three major COVID vaccines. No conflicts here, right?

Like many other credible medical authorities, Dr. Malone takes a dim view of mask mandates, lockdowns and suppression of therapeutics that might have saved many lives.

Ivermectin is a drug long-used successfully in the Third World to treat infectious, viral diseases. The Biden administration actively discouraged its use even as hospitals filled up. On August 21, 2021, the Food and Drug Administration (FDA) posted a tweet with two photos. One shows a veterinarian with a horse, and the other a doctor assisting a masked patient.

The caption adds, "Using the drug ivermectin to treat COVID-19 can be dangerous and even lethal."

Well, yes, if you take a dose intended for an animal weighing 900 to 2,000 pounds. Not if you take a dose fit for a human. A friend told me ivermectin relieved his COVID symptoms in two doses. If he talks about this online, half of Democratic voters want him fined or imprisoned. This ticks him off.

Ukraine is the big news now, but don't miss the counter revolution brewing in our own country against out-of-control bureaucrats and other people who wield fake science and censorship.

Biological male athletes competing as transgenders against biological females in sports is a joke -- and those biological women are the punchline.