Overcoming the power of fear

America's current ruling elites are intent on hammering home the idea that only the government and experts know what's best – and that if we know what's good for us, we'll just obey them.

One of the greatest barriers to living a life of liberty is fear.

It comes in many forms: fear of offending others; fear of failing; fear of terrors, real and imagined; and fear of death. The media have become experts in stoking fears of every kind.

Fear of getting involved is another form. Bystanders did nothing this past week while a woman was molested and then raped in a Philadelphia subway car. Instead of calling 911, some spectators reportedly used their cellphones to tape the crime.

On March 13, 1964, the entire country was shocked by the murder of Catherine "Kitty" Genovese, 28, a Queens, New York bartender who was repeatedly attacked by a knife-wielding thug and finally died on the street. The New York Times reported that 38 witnesses ignored her repeated screams, fearing to get involved. Later reports confirmed that only a few witnesses saw it and turned away, and that a couple of people finally did call the police. But nobody went to her aid before she was killed.

Ten years later, another woman, Sandra Zahler, 25, was beaten to death in an apartment overlooking the area where Ms. Genovese was killed. Some neighbors heard her screaming at length but did nothing.

The two murders epitomize a psychological phenomenon known as "bystander effect" or "Genovese syndrome." The theory is that people are less likely to get involved when other people are present. It might be summed up this way: "Somebody (not me) do something." 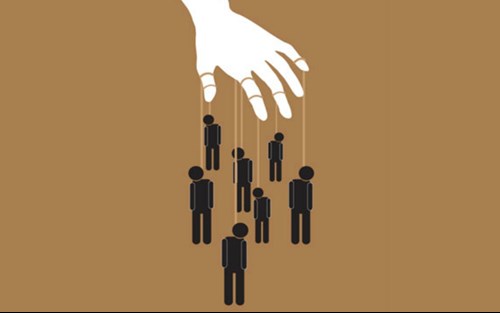 America's current ruling elites are intent on hammering home the idea that only the government and experts know what is best and that if we know what's good for us, we won't take the initiative ourselves.

A steady move away from personal responsibility to group culpability is apparent in everything from the burgeoning welfare state to the COVID-19 masking and vax mandates. And even reactions to street crime.

People are no longer taught to think for themselves, but instead to obey whatever the authorities say is beneficial. Left-wing teachers unions strike terror into the hearts of schoolchildren by telling them they might actually be the opposite sex, America is hopelessly and uniquely racist and that climate change will soon destroy the earth.

Americans in general are being taught to fear "the unvaccinated," the new class of untouchables that the government is blaming for its failure to completely eradicate COVID.

Deadly race riots that tore apart more than 200 cities in 2020 were nobody's fault. They were an understandable response to "white nationalism," "white privilege," and the police's "war on black people."

In San Francisco, a spectacularly beautiful city being ruined by leftist governance, the pharmacy chain Walgreen's has closed 22 stores since 2016. Wall Street Journal columnist Jason L. Riley notes that since passage of Proposition 47 in 2014, California has decriminalized shoplifting, punishing only thefts that amount to $950 or more.

Combine that with a leftist district attorney and a general sense of lawlessness, and the result has been rampant "liberation" of store goods by thieves who fear no legal consequences. The city is also overrun with homeless people who are destroying the tourist industry by fouling city streets with unmentionable detritus. Somebody (not me) do something.

I know. Keep voting for Democrats. They promise to take care of everyone, cradle to grave.

The Democrat-spun "cancel culture," by which even youthful indiscretions are publicized to destroy people that the Left doesn't like, is all about crushing dissent through fear.

As Sen. Ron Johnson (R-Wisconsin) pointed out in a recent Washington Times column, the "health" establishment has struck fear into anyone questioning official narratives about COVID-19 and the possibility of effective treatments beyond serial vaccination shots.

"Those imposing vaccine mandates are ignoring natural immunity, the danger of vaccine injuries, and the fact that fully vaccinated individuals are contracting and spreading the virus – making the mandates ridiculously ineffective," he wrote.

I thought about this other day while watching teenagers walk up the street alone on their way to the school bus stop. They were all wearing masks. 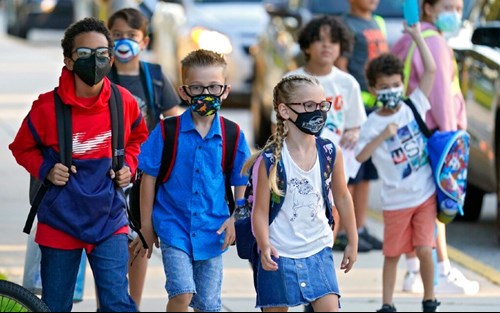 Were they virtue signaling or just fearful of being outcasts among their peers? You might make a case for masking on the bus, but alone on the street? Who told these kids not to question the absurdity of wearing a mask in the open air?

Children, especially teenagers, are particularly vulnerable to group pressure to conform. Instead of learning to consider evidence and think critically, they are being taught to accept what their own eyes and upbringing tell them is wrong.

The one area in which they are supposed to be mature enough to "think for themselves" is sexuality, beginning in elementary school. Even there, they are coerced into ignoring biology and embracing the latest manifestation of sexual anarchy.

The antidote to fears real and imagined is courage. John Wayne famously said, "Courage is being scared to death but saddling up anyway."

Better yet, a wise man once said, "If you fear God, you needn't kneel to any man."

As Paul wrote in II Corinthians 3:17, "where the Spirit of the Lord is, there is liberty."

Speaking for God, the great prophet Isaiah wrote, "Fear not, for I am with you; Be not dismayed, for I am your God. I will strengthen you."

Psalm 2, written by David, imparts this: "be warned you rulers of the earth. Serve the Lord with fear and celebrate His rule with trembling…. blessed are all who take refuge in Him."

Predicting His own death and resurrection, Jesus told his followers, "I have said these things to you, that in me you may have peace. In the world you will have tribulation. But take heart; I have overcome the world."

That's something to think about when worldly miscreants stoke fear and division in order to increase their power.

Who do they think they are?

What is Gog and Magog?

As the world appears to be heading closer to the End Times events, so does Israel's battle with Gog and Magog that's prophesied in the Books of Ezekiel and Revelation.