Subscribe
Dems' hearings only exposing their zeal for killing babies

Dems' hearings only exposing their zeal for killing babies

While inflation numbers burn through projections and Americans stare down a 9.1% price hike, Democrats are on a hopeless mission to persuade the country that abortion access is the nation’s biggest crisis.

Suzanne Bowdey serves as editorial director and senior writer at The Washington Stand. She focuses on topics such as life, religious freedom, media and entertainment, sexuality, education, and other issues that affect the institutions of marriage and family.

Their crusade has already chewed through hours of the legislative clock this week, as party leaders on both sides of the Capitol host endless hearings on an issue that the narrow majority can do almost nothing about. But, as Senator Josh Hawley’s (R-Mo.) viral exchange made clear on Tuesday, the time isn’t all wasted. At least voters are getting a clear picture of what the Democratic Party cares about. 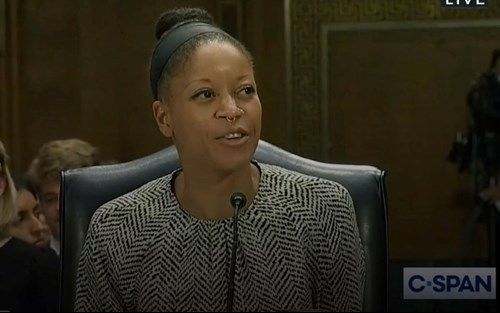 The fireworks in the Senate Judiciary Committee, up to some eight million views by Wednesday morning, stole the show on Tuesday, when a Berkeley law professor became hysterical at the suggestion that men can’t get pregnant. It’s those kinds of “transphobic” beliefs, Khiara Bridges (right) lashed out at Hawley, that make people “attempt suicide.”

For Democrats, who were hoping to put the spotlight on abortion, it was a regrettable moment. Not only did they come off looking stark raving mad on an issue of major political vulnerability, but they got wildly off topic — a mistake they tried to avoid at a pair of hearings the next day.

Unfortunately for the president’s party, there were plenty of moments in Wednesday’s hearings where Democrats continued to overestimate the country’s appetite for unlimited abortion on demand. If anything, they spent the day confirming how extremely out of step they are with the majority of Americans. As Senator Ted Cruz (R-Texas) pointed out, “They know that voters, when given the chance, do not support that radical view.” Even the president, as recently as 2007, dismissed the barbaric violence that his party is now pedaling.

These days, the party’s standard bearers can’t even bring themselves to admit that a baby is a human being. Rep. Jody Hice (R-Ga.), in a spirited debate with the Democrats’ witness, asked, “Is there any instance of a woman giving birth to something that is not a human being? … A turtle, or as our First Lady suggested, a breakfast taco? I mean, is there any instance where [something] other than a human being has been born?” Equal Justice Works’ Fatima Goss Graves replied, “Well, there are definitely instances where people have stillborn …” “It’s still a baby,” Hice interrupted. “It’s still a person, is it not?”

Graves paused, then tried to bring the conversation back to viability. “I’m talking about personhood,” Hice fired back, “not viability.” Whether or not they can live outside the womb is irrelevant, he said. “There are many people who cannot live without insulin. Does that mean we should kill those people who cannot live without insulin?” There is not an instance, Hice continued, “of anyone giving birth to something other than a person. So if it’s a person after birth, it — by extension — is a person before birth.”

The witness scoffed. “I really hope people are watching today, because the question on the table is about abortion,” she reemphasized. “But you’re having a question about conception.”

Over on the opposite side of the Capitol, Senator Roger Marshall (R-Kans.), an OB-GYN who’s delivered more than 5,000 babies, was holding his own against a lopsided panel of extremists. As usual, Democrats trotted out a ridiculous claim that pregnancy is 14 times more dangerous than abortion.

“Using their logic,” Marshall fired back, “should we abort every baby? Should we stop all childbearing? Presenting abortion as the ‘life-saving solution’ denies the modern medical science that can keep both mother and baby safe.”

The sad fact is, Marshall said, the two parties have a window here to come together, to meet in the middle and to work on making pregnancies feasible for women. But instead of putting their heads together on child care, prenatal care, nutrition, “and attending to all of the social challenges that … a young single or married mom faces,” the Left is insisting that savage, taxpayer-funded killing is the only solution.

When abortionist Kristyn Brandi complained that the Supreme Court’s ruling jeopardized her industry’s “pregnancy care,” Marshall seized the moment. This has been a convenient, but absurd, lie of the abortion industry for years. All this time, the doctor fired back, “Planned Parenthood has claimed that they are not focused on abortion but provide a slate of services for women.” If that’s true, he argued, why have 60 of them closed since the ruling came down?

As of the group’s last annual report, a woman is 133 times more likely to receive an abortion than an adoption referral at Planned Parenthood.

Brandi Swindell, the founder and CEO of a pregnancy care center in Idaho — and the Republicans’ only witness — agreed that it was “interesting,” considering that Americans keep hearing that Planned Parenthood is “all about helping women and providing all of these other services, and abortion,” we’re told, “is just less than 3% of what they do. Well, then,” she asked pointedly, “why are they closing all of their clinics down? Wouldn’t you want to stay open to help women with whatever they’re going through with an unexpected pregnancy and to help them navigate the current climate? Or perhaps provide all of those other services that you claim to provide. So, the reality is, they’re in the abortion business. That’s what they want women to choose. And I think that’s being exposed right now.”

A lot has been exposed these last three weeks, including the Democrats’ insatiable zeal for a culture of killing. Maybe the president’s party is trying to distract people from their latest failures. But in doing so, they’re only reminding Americans of their biggest: a failure to recognize that life, in every form, has meaning.

Our system of academia is irrevocably broken. It is churning out privileged pseudo-intellectuals who spout utter nonsense at the drop of the hat – and do it with self-assured sententiousness.