The National Institutes of Health have long discounted natural immunity because, they said, its duration was unknown. That's the public health equivalent of recommending soldiers not carry guns into combat because they might jam unpredictably.

Joshua Arnold is a staff writer at The Washington Stand and media coordinator for Family Research Council.

A new study from Johns Hopkins on natural immunity to COVID-19 might prove Anthony Fauci's worst nightmare. "If you had a positive COVID test in the past, then you had a 99.3 percent chance of having circulating antibodies against COVID, and those antibodies were present up to 20 months, nearly two years after the infection," explained Dr. Marty Makary on "Washington Watch" earlier this week. The antibodies could last longer, but "that's as long as the infection has been around." 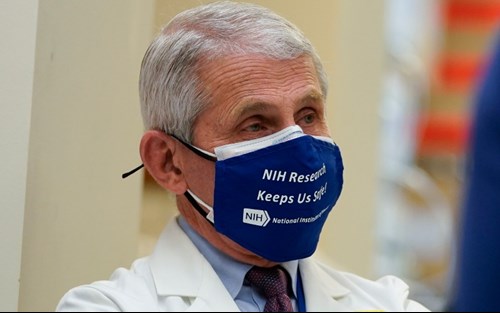 For millions of Americans who have recovered from COVID-19, this is good news. But there couldn't be worse news for Dr. Fauci, or as some believe him to be, Science Incarnate. Since early in the pandemic, the National Institutes of Health have discounted natural immunity because, they said, its duration was unknown. That's the public health equivalent of recommending soldiers not carry guns into combat because they might jam unpredictably. Over a year later, the federally-backed funding behemoth still has never bothered to study the question.

"Why am I doing this study," asked Makary, a professor at Johns Hopkins School of Medicine & School of Public Health, "when the NIH has $42 billion and could have done this study instantly?" He suggested the answer is, "they don't want to know the results." The conclusions of the Johns Hopkins study, published in the Journal of the American Medical Association, are far from "fringe." Israeli data have shown natural immunity to be 27 times more protective than vaccines, but Mr. Science ignored that data, preferring instead to extrapolate a policy decision from other Israeli data, released around the same time, which showed booster shots could reduce the risk of hospitalization for older people. "You cannot cherry pick the science," Makary protested.

Makary is concerned with the exclusive club of medical experts who are both advising the Biden administration on policy and controlling the purse strings for scientific grants to allow others to conduct research. "They just talk among themselves," he said. A FOIA request has revealed that in October 2020, Fauci colluded with NIH Director Francis Collins to discredit with "a quick and devastating published take down" Stanford epidemiologist Jay Bhattacharya and other authors of the Great Barrington Declaration, who advocated for natural immunity and targeted protection for vulnerable groups.

Fauci's ilk "are living in their own bubble," Makary said. "They're not even thinking about an exit of the pandemic." To determine U.S. policy on natural immunity, they held a "small vote among some of their experts... The vote was split, and they decided not to recognize it." Note that this split vote was the "scientific consensus" with which dissenting opinions were so ruthlessly de-platformed, ridiculed, and cancelled in the early months of lockdowns. The self-proclaimed experts knew that Americans wouldn't tolerate lockdowns if their flimsy scientific basis was widely known. "This should not be an oligarchy," argued Makary. "This should be an open scientific debate."

"The science is now heavily curated," continued Makary. "The CDC's own study on natural immunity... showed natural immunity was three times more protective [against hospitalization] than vaccinated immunity." But that's not what their conclusion said. They wrote that "vaccination is still the safest strategy. But that's not what the data show," he said.

"Ten to 20 percent of the U.S. population gets infected with a respiratory infection every year, and has for centuries," he concluded. "That doesn't mean we stop living, doesn't mean we shut down school and cover the faces of kids with cloth masks. It means we use common sense."

That starts by bringing back the workers, opening the country, and ending the mandates.

Lessons to be learned from the Joe Rogan dust-up: corporate overlords are absolutely gutless, the media aren't interested in freedom of speech as a principle, and apologizing to insincere radical Left alligators is always a mistake.