Those who support the Freedom Convoy, according to Canadian Prime Minister Justin Trudeau, are a "small, fringe minority of people … who are holding unacceptable views."

Historically, the political Left has promised that if they were granted more and more centralized power, they would protect their citizens, particularly during times of emergency. That promise was always a lie.

This week, Canadian Prime Minister Justin Trudeau – the lightweight, unpopular elected leader of a country with a 93% vaccination rate for those over 60 and a total vaccination rate of 84% – announced that he would invoke the Emergencies Act in order to crack down on the Freedom Convoy, a group of protesters opposed to government vaccination mandates for truckers. Trudeau breathily announced that invocation of the law was in fact "reasonable and proportionate." His public safety minister, Marco Mendicino, said that the actions were required thanks to "intimidation, harassment, and expressions of hate."

Why the government would need to invoke emergency powers in order to move some trucks remains beyond understanding; after all, the police had just removed trucks from the Ambassador Bridge, reopening that trade artery with the United States. Meanwhile, provinces across Canada have already begun alleviating their COVID-19 restrictions, from vaccine passports to masking. 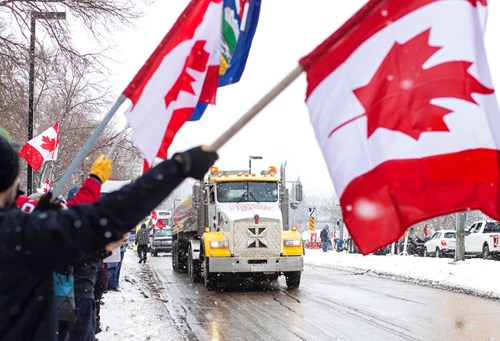 There is no emergency here that would justify use of the Emergencies Act – as even the BBC noted: "It is so far unclear which scenario Mr. Trudeau would rely on to justify the use of the Emergency Act – (the relevant threats have not) been clearly present in Ontario."

Nonetheless, Finance Minister Chrystia Freeland explained that the government would be extending laws designed to stop terror funding to now encompass crackdowns on political dissent: "Financial service providers will be able to immediately freeze or suspend an account without a court order. In doing so, they will be protected against civil liability for actions taken in good faith."

In plain language, this means that the government of Canada has now empowered banks to freeze accounts who give money to political causes the government doesn't like.

The move to de-bank disfavored political actors has already been gaining steam – in January 2021, PayPal blocked a Christian crowdfunding site from using its services; the next month, Paypal announced it would work with the Left-wing Southern Poverty Law Center to find users to boot. As one of Paypal's original creators, David Sacks, wrote, "when your name lands on a No-Buy List created by a consortium of private fintech companies, to whom can you appeal?" 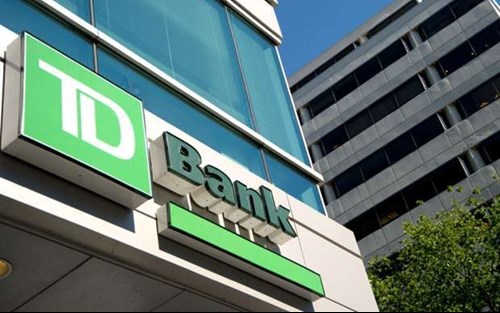 In Canada, it's worse than that: The de-banking has become government-sponsored.

And if Trudeau is able to invoke emergency powers to de-bank his political opponents – people he has labeled racists simply for opposing his vaccine mandates – where, precisely, does this end? What's to stop powerful political actors from violating liberties on the same pretext?

The answer, of course, is nothing. And perhaps that's the point: from now on, dissent against Left-wing perspectives may be criminalized. Watch what you say – your bank account is on the line.

Over the course of the past century, the political Left made a promise: that if they were granted more and more centralized power, they would protect their citizens, particularly during times of emergency. That promise was always a lie, but the pandemic exploded that lie in particularly egregious fashion. This left the Left with two options: to abandon that article of faith, an idea central to their entire worldview; or to persecute heretics. Trudeau, unsurprisingly, has chosen the latter. Emergency powers will be necessary until the people enthusiastically agree that their betters in government ought to rule them.

Repetition is powerful – and the mainstream media know that. So, the next time you see them perform a political execution on someone over a phrase or a word, take it with a grain of salt.