Subscribe
The attack on Joe Rogan is an attack on dissent

Lessons to be learned from the Joe Rogan dust-up: corporate overlords are absolutely gutless, the media aren't interested in freedom of speech as a principle, and apologizing to insincere radical Left alligators is always a mistake.

Joe Rogan must be stopped.

This is the consensus from all of the wisest and most compassionate voices in our society. According to the White House, Spotify should not merely lead off Rogan's COVID-19-centric episodes with a content warning; according to press secretary Jen Psaki, "our view is that it is a positive step, but that there is more that can be done."

According to CNN's Brian Stelter, host of the ironically named "Reliable Sources": "He is now apologizing. And we're going to find out if that's enough for Spotify, the company that has an exclusive distribution deal with him."

Has-been rocker Neil Young agrees; he, along with some other washed-up old hippie musicians, has taken his music off of Spotify to protest Rogan. 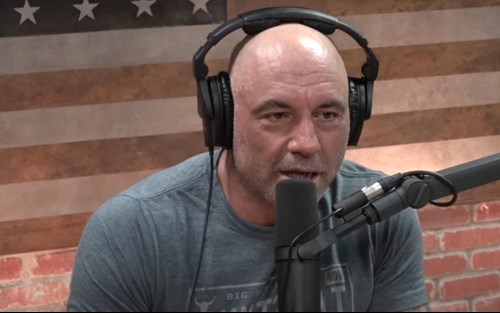 What was Rogan's great sin? To hear the media tell it, his great sin was COVID-19 "misinformation." Now, this is a rather vague charge, given the fact that our public health authorities have informed us over the course of the past two years that lockdowns were effective, cloth masks worked, masking of children was necessary, vaccines prevented transmission, natural immunity was inferior to vaccine immunity, and the virus could not have originated with a Chinese lab leak – all pieces of misinformation later reversed. Nonetheless, Rogan vowed to become more informed and to have on more diverse guests with regard to COVID-19 and vaccines.

When Spotify didn't deplatform Rogan over that charge, the rationale for his demanded deplatforming morphed: now Rogan was a racist for saying the N-word while quoting rap lyrics years ago. After a Left-wing activist group promoted a compendium video of Rogan using such language, Rogan apologized again. But apologies aren't the point. No one actually thinks Rogan is a racist. For the radical Left, you either become a tool in their arsenal or you become an object lesson. And Rogan has now become an object lesson.

He has become an object lesson for two main reasons. First, Rogan has steadfastly refused to toe the party line with regard to President Joe Biden; ire broke out against Rogan in 2020 for the crime of noting that Biden appeared "mentally compromised" in the middle of an election that the media had declared a turning point in the future of democracy. Second, Rogan has hosted guests who do not simply repeat the nostrums of the Left on a wide variety of issues. That's why the Left has demanded that Spotify remove old episodes of his show entirely: Alternative voices must not be heard, and Rogan has the unfortunate habit of talking to such voices for hours at a time and letting them say their piece.

There are several takeaways from the Rogan dust-up.

First, corporate overlords are absolutely gutless. CEO Daniel Ek believed that picking up the exclusive license to Rogan's show would increase listenership and advertising dollars; he was clearly blindsided by the blowback, to the extent that he issued a mewling letter to the company's woke interns begging their forgiveness for their hurt feelings.

Third, apologizing to insincere radical Left alligators is always a mistake. Their goal is not a conversation. Their goal is destruction. If they find you useful, they may allow you to become Reek to their House Bolton; if they don't, you become Ned Stark to their Joffrey.

Rogan will survive all of this. Perhaps Spotify ends up paying him a bag of cash to leave, and he takes his audience and goes elsewhere, tanking Spotify's stock price on his way out the door. That would be precisely what Spotify deserves for their cowardice. But no matter what happens, the lesson will be learned by those who don't have Rogan's audience: shut up or face the whirlwind. And most will shut up.

A leftist meltdown of hypocrisy and scandal

Democrat elites are coming apart at the seams, but the media are still playing cover up. So, here's a brief rundown.