Public education in America has all-too-often become a tool of those who wish to produce anti-citizens: those who wish to tear down the systems in the name of some higher or lower purpose. No society can survive this in the long term. 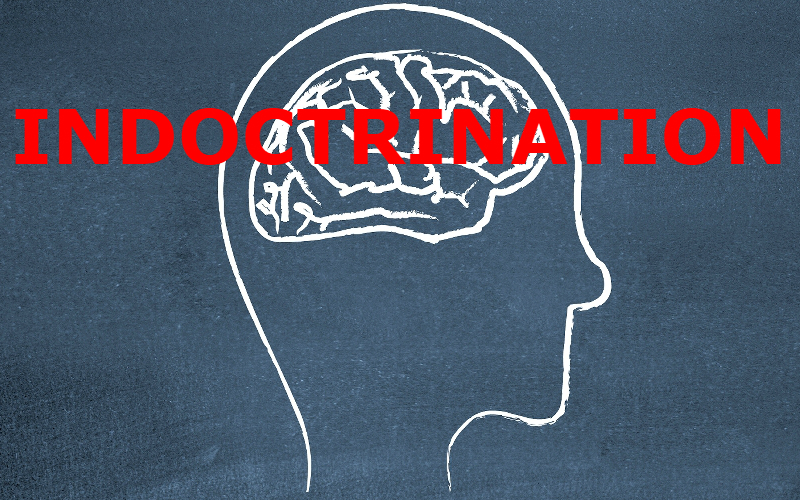 This Independence Day, a poll from Issues & Insights revealed that only 36% of adults aged 18-24 said they were "proud to be American," compared with 86% of those over the age of 65. This shouldn't be surprising. America's children have been raised in a system dedicated to the proposition that America itself is evil, a repository of discrimination and bigotry, a country founded in sin and steeped in cruelty.

This week, for example, the National Education Association, the single largest teachers union in the country, passed a resolution pledging to "Share and publicize ... information already available on critical race theory (CRT)"; "Provide an already-created, in-depth, study that critiques empire, white supremacy, anti-Blackness, anti-Indigeneity, racism, patriarchy, cisheteropatriarchy, capitalism, ableism, anthropocentrism, and other forms of power and oppression at the intersections of our society"; and "Join with Black Lives Matter at School and the Zinn Education Project to call for a rally this year on October 14 – George Floyd's birthday – as a national day of action to teach lessons about structural racism and oppression." Meanwhile, the American Federation of Teachers is hosting radical grifter Ibram X. Kendi, who preaches on behalf of overt racial discrimination.

Now Americans are banding together to fight back against the indoctrination of its children. States have begun to ban the indoctrination of CRT in schools, for example. But some thinkers are fighting back, suggesting that such content standards undermine the notion of a liberal education.

In the pages of The New York Times, for example, a bipartisan group of thinkers excoriate such legislation as "un-American." They argue, essentially, that the educational mission of "helping turn students into well-informed and discerning citizens" is undermined by such restrictions.

First, the purpose of public education is to create "well-informed and discerning citizens." But "citizens" is a specific word with a specific definition. According to Aristotle, a "good citizen" is a person who upholds the Constitution of his particular polis.

If we teach our students to be bad citizens in the Aristotelian sense – citizens who disparage the polis with lies, who engage in tribal politicking rather than civic friendship, who insist that truth be subsumed in favor of intersectional sensitivities – we will wind up as a country with no future.

Second, American public education has all-too-often become a tool of those who wish to produce anti-citizens: those who wish to tear down the systems in the name of some higher or lower purpose. No society can survive this in the long term. K-12 public education was not designed to be a free-for-all; standards and practices must be established. The only question is whose standards and whose practices. For the past several decades, the answer seems to be the radical left's standards, undermining key American principles like individual rights and equality before the law in favor of a utopian redistribution of outcome based on group identity.

It is one thing to discuss the ideological perversion of CRT in order to combat it; it is another thing to indoctrinate in its central tenets. Our education system is currently far more likely to do the latter than the former.

Will we know our loved ones in Heaven?

If you're a follower of Jesus Christ, your true self will be known in Heaven and your relationships will flourish, uninhibited by selfishness or fear. You will still be you in Heaven, but you will be a glorified, perfected version of yourself.

If you could talk to a group of abortionists, what would you tell them?

If you could talk to a group of abortionists, what would you tell them?